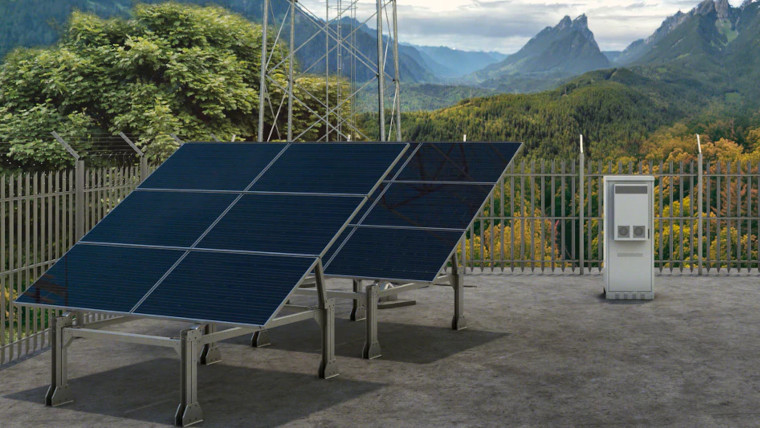 The mobile solutions provider, Ericsson, has announced that it’s working with Deutsche Telekom to power mobile sites using renewable solar energy. The companies are conducting their tests at a Deutsche Telekom mobile site in Dittenheim, a village about 100 miles north of Munich, in a bid to show that mobile phone sites can be powered using an independent energy supply backed by solar power.

To power the Dittenheim site, the two firms built small solar modules that took up an area of 12 metres-squared. Ericsson has provided the Ericsson Power System that is being used to manage maximum power point tracking and voltage conversion. Based on testing carried out during the latter half of 2020, the two companies showed that solar energy was capable of powering two-thirds of the energy needs of the site.

“Autonomous power supply for mobile sites not only reduces our CO2 emissions, but also shall help enabling network expansion in locations, where development costs were previously not economical.”

Projects such as these will be critical for Deutsche Telekom as it moves forward to meet its carbon obligations under the Paris Agreement which aims to limit global warming to below 2 degrees Celsius. Ericsson also said that it’s a strong supporter of the Sustainable Development Goals which promote, among other things, renewable energy, decent work and economic growth, and innovation and infrastructure - all of which apply to the experiment in Dittenheim.