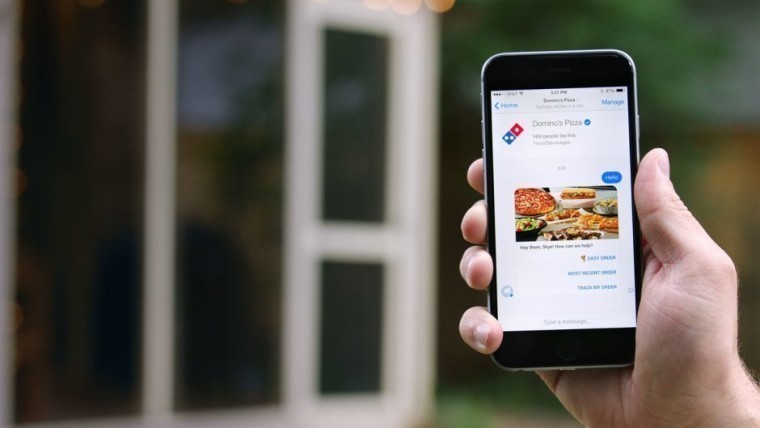 Domino's - the popular pizza delivery service - has updated its Facebook Messenger chatbot to support full menu orders. The update arrives just days ahead of the highly anticipated Super Bowl event, which has historically been one of the top five busiest days for the company. 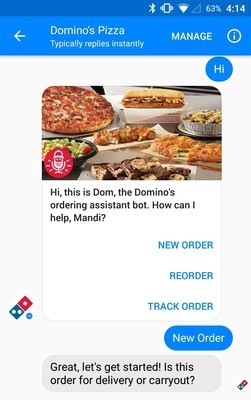 Customers can strike up a conversation with the chatbot (nicknamed 'Dom') by sending it any message. The update also means users no longer require their Facebook profile to be linked to the Domino's website, unlike the company's service it offers on Twitter. As of yet, the only accepted payment method is cash.

The company remains on top of its game when it comes to rethinking the order process - leaving other food delivery competitors yet to have a slice. We recently reported on Domino's drone delivery success, which has started delivering pizzas to a limited group of customers in New Zealand. There have also been signs of testing a pizza delivery robot, an autonomous vehicle capable of carrying an order right up to a customer's door.

Whilst not quite as flashy, this chatbot update hopes to make the ordering process easier for thousands of hungry fans. After all, Domino's sold enough pizzas to stretch across 4,400 football fields during last year's event.