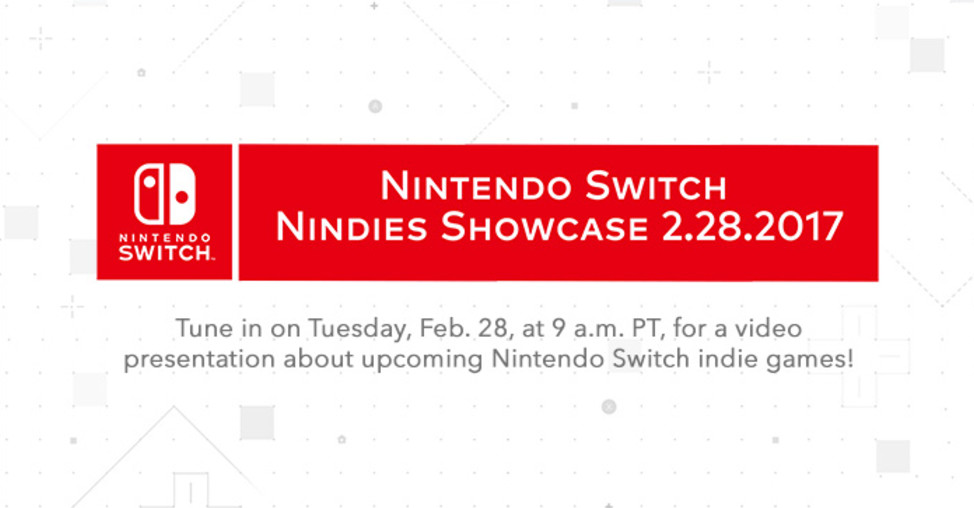 Last week, Nintendo more revealed details about its Switch launch and how some of its online components were going to function. Today, Nintendo holds its showcase, the "Nindies", that will allow folks to get familiar with some of the upcoming indie titles.

While it is a bit of a disappointment that the Switch won't be getting Virtual Console support at launch, it is good to see the firm shining the spotlight on indie developers and their titles. Upon launch, the Switch will offer three indie titles: FAST RMX, Shovel Knight: Specter of Torment, and Shovel Knight: Treasure Trove.

The "Nindies" will take place on February 28 at 9 am PT. If curious, you can hit the source link down below to catch the stream. Nintendo did state that they will make 60 titles available this year for the console. The Switch is set to arrive at retail locations on March 3 at a price of $299.99 and will be spearheaded by The Legend of Zelda: Breath of the Wild.