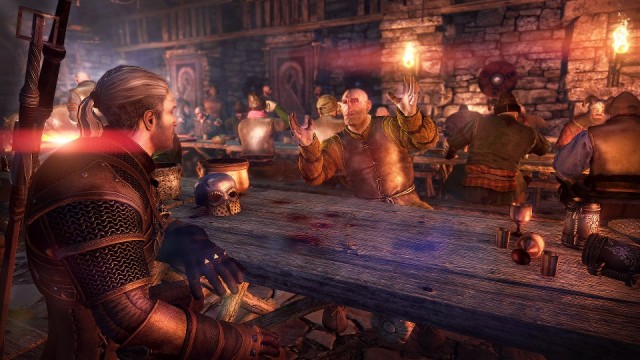 Poland-based independent developer CD Projekt has made a name for itself in a couple of ways. First, the first two games in its Witcher series of fantasy RPGs have been huge successes, both in sales and in praise from critics. It has also launched GoG.com, which offers both current and classic PC games for cheap prices.

Both the Witcher games and the games available for GoG.com have been released for the PC with no DRM set-ups, and CD Project execs have stated in the past their stance against using DRM. Now the developer has come under attack from some of its fans because of its plans to release "The Witcher 3: Wild Hunt" on Microsoft's Xbox One console, which will have restrictions on how owners can give, sell or trade used game discs.

In an interview on Eurogamer, CD Projekt co-founder and Joint CEO Marcin Iwiński stated that the company "couldn't simply not release The Witcher 3 on Xbox One." The developer wants every gamer to have the chance to play their next RPG, which will also be released for the PC and PS4.

There are people who don't mind the DRM protection and will pick Xbox One as their platform of choice. We can't punish them. Again, we always stress the fact that we're against DRM, but in the market system it's the clients who make the final decision. As developers, we need to create best content we can and make it available for as many players as possible.

The debate over the used disc game features for the Xbox One will likely continue until the launch of the console itself sometime in November.