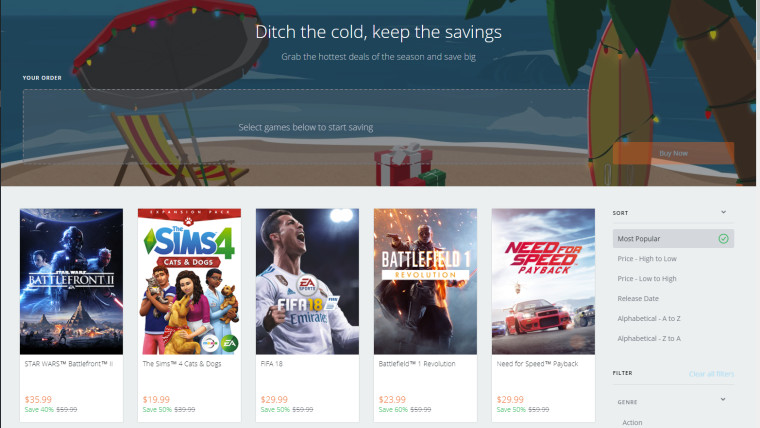 It's that time of the year again. From GOG and Humble Store to Microsoft, all of the major gaming publishers and retailers are hosting their end-of-year holiday/winter sales and EA is the latest of the bunch to throw its hat into the mix.

Dubbed the Origin Holiday Sale, EA's deal buffet offers steep discounts of as much as 75% on some of the company's biggest titles. Games on offer also include the latest AAA released by the publisher, mired in controversy though it may be: Star Wars Battlefront 2. You can grab the game for just $35.99, marking a 40% saving from its regular price of $59.99.

That's not the only big-name title on sale, though. Some of our favourite inclusions are listed below:

Those accessing the deals outside the US should be warned, though, as the pricing for other regions, while still discounted, will likely be higher.

Be sure to check out the Origin Store's Holiday Sale page for a complete list of the deals available.