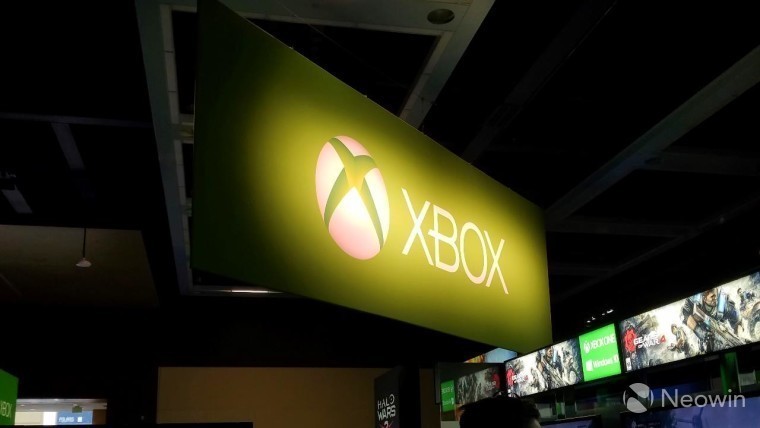 I'm on the fourth floor of the Seattle Convention Center at PAX West 2016. If you've ever been to a PAX event you'll understand the amount of visual overload that can occur. It's a gaming convention that has a lot of the big companies in the industry out to get gamers excited about upcoming or recently-released content. Since Microsoft had it on display, I figured I'd give Gears of War 4 a try - I'm glad I did.

Having spent a few hours playing the multiplayer beta in Gears of War 4 back in April, I had a bit of a sour taste in my mouth. Having played every Gears game, and being a fan of each one of them, I had high hopes that Gears of War 4 would take the franchise forward at the hands of The Coalition, Microsoft's in-house studio tasked with handling the development of the game. My criticisms of the April beta were pretty simple: it all felt like every Gears game I had played since the first. That's not how you want to feel about a AAA title like this one when its maker (Microsoft) is putting a lot of emphasis on going into the biggest game release schedule of the year. With Horde 3.0, the game type available to play at PAX West this year, I didn't have high hopes.

To play Horde 3.0, you needed a team of five people to play with. Fortunately, I was accompanied by some friends from Operation Supply Drop, a charity organization that raises money for veterans and their families with an emphasis on gaming. Our group stepped up to a single booth with five monitors showing Gears of War 4. Four of those monitors were connected to a new Xbox One S and the fifth was connected to a Windows 10 PC and an Xbox One S controller to show the cross-play capabilities of Gears 4 (which worked beautifully during the demo). 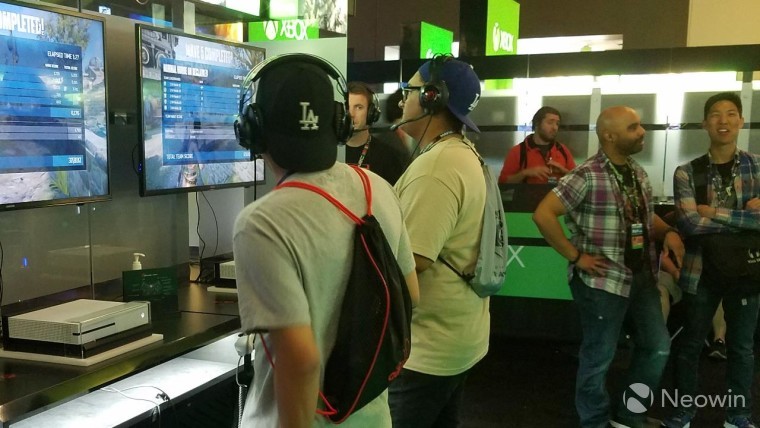 Liam, an employee with The Coalition and supervising the entire Gears of War 4 section, joined us to walk us through Horde 3.0 and what we need to do in order to be successful. We then dove into the game, where we'd get to play through a maximum of 10 waves - just enough to see the first boss, assuming we'd survive that long. From the selection screen it was apparent that things are different from previous Gears games in terms of the Horde mode. There are classes that you will choose that will enable you to be better at different types of combat or support while playing through.

For this play-through, I chose the Engineer so my team's defenses could be improved and repaired in-between the waves of enemies. The first wave began and, with little trouble, my team cleared it. At first, it was just your typical Locust Grunt enemies to plow through but, after a few waves, there were so many new ones to account for I can't even remember them all. Everything from rolling mechanical balls and Grunt droids to a Locust version of some sort of scorpion-roach hybrid were encountered and they were all vicious in their own way. As the team took down an enemy, bright yellow highlights would show up over their dead bodies - these were credits that could be collected and cashed in through a massive crate that your team needs to protect in order to keep buying defensive weapons/structures.

These new and improved Locusts can strike faster and hit harder.The struggle to get to wave 10 was difficult but we made it, barely. My team pooled its resources to get a mounted turret. It was a good thing we did because our boss was a combat-equipped helicopter that provided over-watch for the tenth wave of Horde enemies and it could take a beating. While the number of enemies would slightly increase, the real challenge came when trying to take down these newer enemies. The Coalition have done such a great job in diversifying the opposition that you must keep account of your surroundings and be ready to move fast, because these new and improved Locusts can strike faster and hit harder if you get mixed up with the worst of them. Wave ten was mayhem and I was loving it.

Somehow my team managed to clear the swarm of Locust on the ground and focused on taking down the chopper. It took some time, as the chopper could fire mounted guns on anyone in line of sight as well as fire something that looked like a focused laser that would almost certainly down a player if a direct hit was sustained. Finally, after lots of mounted turret fire and some coordination, we dropped the chopper and completed all Microsoft and The Coalition wanted to show us as PAX West.

Horde 3.0 showed me why Gears of War 4 could be something special for Xbox.As I stated earlier, I was a bit down on Gears of War 4 back in April. Yet, after playing through this new and improved Horde mode, my excitement has returned for the title. I asked Liam what had changed between the beta and this past weekend that would make me feel like the game would be any better. Liam explained that a lot of things were left out of the beta. That includes weapon types, game types, maps and even some of the underlying systems that help run and offer variety in the matches.

While we weren't being exposed to the competitive multiplayer, Horde 3.0 showed me why Gears of War 4 could be something special for Xbox. It's Gears of War with sharpened chainsaws and a shot of adrenaline. If you were like me and had some reservations about this game, I think there's a good chance you're going to have your mind changed come October 11 when the game launches. You might even consider buying the Gears of War 4 special edition Xbox One S console that will launch alongside the game if you're a long-time fan or looking for an Xbox One with some visual flair.