There have been a decreasing number of Facebook users which is clearly based on the satisfaction these users get when using Facebook. Facebook’s satisfaction statistics have dropped by eight points based on a statistic published by the ACSI (American Customer Satisfaction Index), leaving its current score at 61. The eight point drop in satisfaction doesn’t seem that bad right? Wrong. The drop means that Facebook is the fourth-lowest score among all the 230 companies surveyed in the “e-business" category.

Twitter and LinkedIn received a score of 64 and 63 which was only slightly better than Facebook, but the lead still wasn’t enough to get them out of the bottom ten for low satisfaction scores. New social network Pinterest received a score of 69, while YouTube got a 73 and astonishingly, Google+ got a 78.

Larry Freed, CEO of analytics firm ForeSee, which partnered with the ACSI in the social media satisfaction study, said he sees three big reasons for the discontent: privacy oversights, a frequently changing user interface, and ads. The first two are things the company can address directly, though ads, the main revenue source, are trickier. Freed said 61 percent of users say they pay no attention to Facebook advertising.

I used to use Facebook a lot, and since about a year and a half ago I jumped ship to Twitter and have never been happier. And honestly, the only thing I currently use Facebook for is posting articles and memes – got to love memes. I’ll agree with Larry Freed’s points about privacy and interfaces impacting satisfaction, but I’ll ignore advertisements affecting it because the majority of users don’t notice or bother with them anyway. I also think debugging and actually making sure that things work to the best ability is also a game changer – no one wants to use a broken social media network.

I think the specific problems that lie in the dissatisfaction of social media site users is that sometimes constant updates make things less intuitive (Facebook, I’m looking at you). A good example of this is comparing Facebook’s timeline update which a lot of people really didn’t like to the point where Facebook made it optional to install. That doesn’t mean installing timeline is or was a bad idea, for one, it did add more functionality to the standard Facebook profile, but should unnecessary functionality ever be considered over satisfaction, I think not.

However, sometimes too much functionality turns out to be an annoyance. A good example of this are Facebook games, which have quickly evolved into addictive notification-spamming games to play with friends, however, I and many believe that nothing leaves us more unsatisfied with Facebook than the inability to block multiple game requests. Instead, we are forced to individually block them, or simply block friends who spam requests which is simply not good enough. More improvements should be done to our applications and notifications that come with them to ensure others aren't dissatisfied with Facebook in future. 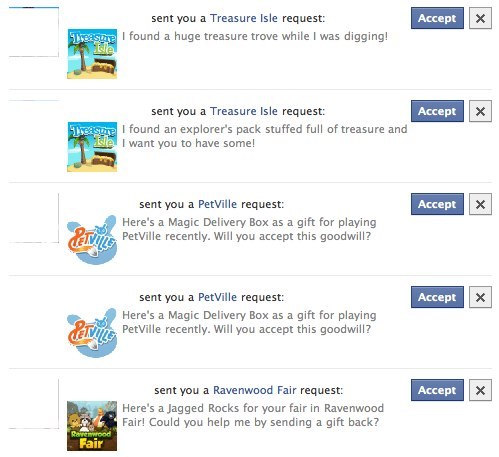 Now, I’ll give you an example of Twitter’s last major update (not last week’s one), which placed a navigation bar at the top of the page and improved tending topics by giving them some expandable tweets – detailing more information.

This was a good update, and since that update, I have used Twitter a lot more, and I’ve also seen a lot of my friends jump ship to Twitter. However, with the update, Twitter users lost a lot of core functionality. Even nowadays, going onto my profile and typing in a name or @username will not always work, sometimes Twitter can’t find the names of people I follow, or generally has problems loading things. Twitter is continuing to update things without fixing existing issues, and I can understand why even that would dissatisfy users. 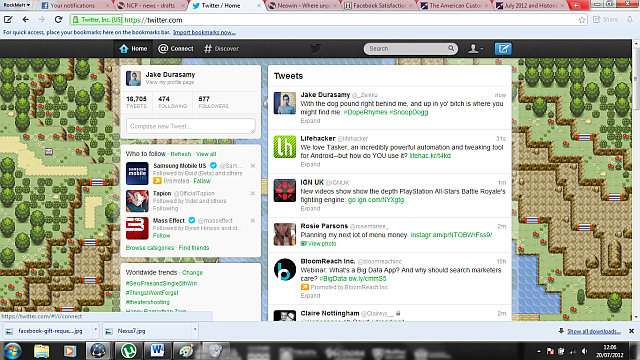 What Google+ is doing right

There is a little more to the surprising fact that Google+ users are more satisfied with the service. Facebook’s audience is much broader. Whereas, Google’s isn’t, and whilst Facebook connects people pretty well, things aren’t always fixed for the interest of the users. Google+ offers things like Hangouts, cleaner interface and a nicer mobile application which may not make the social network entirely popular initially, but there still is a satisfied audience for those features.

Google seems to subtly target user-groups, rather than the user-base as a whole, which could lead to why users are satisfied with its services – because there is something for everyone. However, it still isn’t as popular as other social networks. 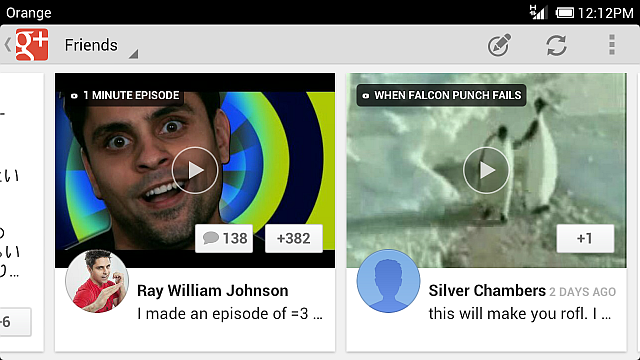 I think all social networks do a decent job at giving options of keeping data private if needed, but I do think privacy plays a big role in the satisfaction of social media sites, but then again, social networking generally means that you allow your data to be posted on the internet for others’ viewing pleasure. Controlling your data is your problem, and not the social networks. However, I’d say the privacy options on current social networks are fine, but that’s purely because I’ve never had a problem with them.

I personally think there is a very fine line between functionality improvements and intuitiveness. However, most social network users are power users – so changes made to the service are easily adapted to. I think Google+ in particular has a great advantage with a great innovative mobile application and one can only imagine how much a decent Facebook or Twitter application would help satisfy users with its service. By all means, I don’t think non-power users should be ignored, but I think the standards of privacy, functionality, intuitiveness and bug fixing need to be improved to ensure that the majority of users are satisfied, because we all know you can’t please everybody and a satisfaction score is hardly ever going to be 100 for social media outlets as large as Facebook, Twitter, Google+, YouTube, LinkedIn and Pinterest.

These are just my opinions, you’re also entitled to yours, so please let us know what they are in the comments below.