Epic Games Store's 2021 Year in Review update dropped today, with the company giving details on user engagement, upped revenue, and published features. It also went into upcoming features for the platform and an update regarding the free games the store has been continually pumping out.

The Epic Games Store has been giving away games for free now for two years. Today, the company confirmed that routine is not stopping in 2022. Today's freebie refresh brought forth Daemon X Machina, and next week a copy of Yooka-Laylee and the Impossible is coming in.

Moving towards the numbers Epic Games shared today, over 194 million users were a part of the platform at the end of 2021, which is an increase of 34 million since 2020. During the year, daily active users peaked at 31.1 million, with the peak concurrent number hitting 13.2 million. 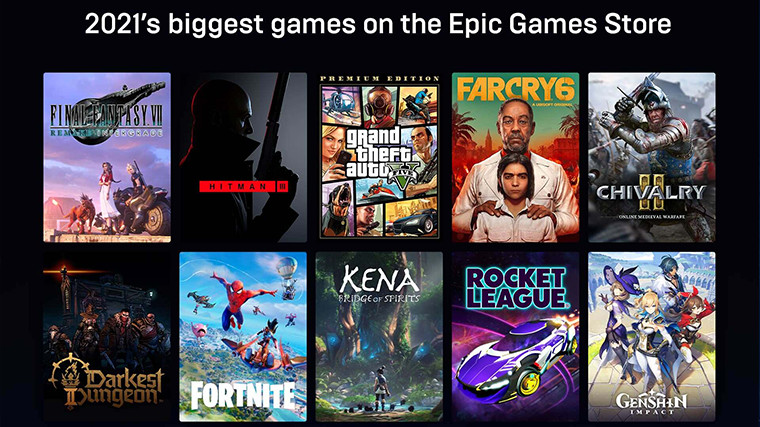 Gamers had spent around $840 million on the PC games store through 2021, a 20% increase from 2020. From that, third-party games had seen over $300 million, seeing a 12% jump. The end of the year holiday sale had also seen impressive numbers, with over 31 million people joining in on the event, purchasing 159 million items (a 14% increase from the 2020 sale) in total.

As can be expected, a vast majority of free games (76 out of 89) given away on the store had also set concurrent user records on PC following the promotions. An astounding 765 million copies of free games were claimed in 2021 by players.

With highly requested features like achievements and the shopping cart shipping out in 2021, Epic plans to revamp the launcher for better control over downloads and filters, implement player profiles for tracking achievements and playtimes, game hubs, add further Epic Wallet supported regions, and more in 2022.