While unavailability of apps and games in the Windows Phone Store has always been a major hindrance to the platform's adoption rate, another issue which plagues many apps that are in the store is a lack of regular updates. Currently, among major apps, Instagram leads this list, but alongside it was also the official ESPNcricinfo app, which until today, hadn't been updated in the past two years. 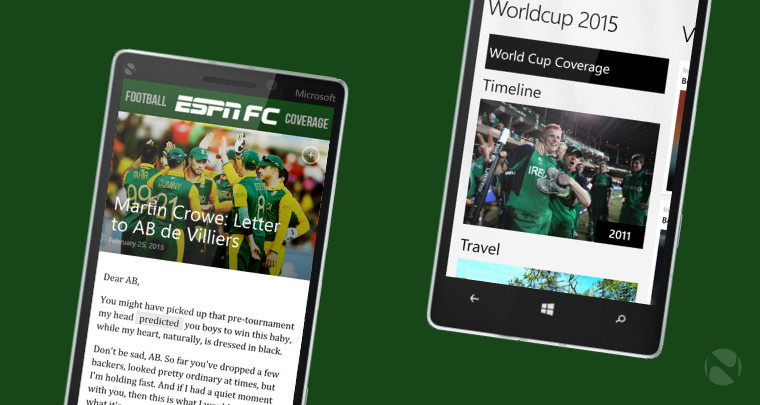 Today, this changes, as the ESPNcricinfo app receives its first update since August 2013, incrementing the app version from version 2.0.0.0 to version 3.0.0.0; its Android counterpart was updated to version 4.1.2 a month ago.

Interestingly, along with the changes and new features, the app's change log also lists information which is slightly outdated. Apparently, this update adds "World Cup 2015 selection with all the coverage you need". Avid cricket fans and followers might notice that the aforementioned tournament itself ended a little over three months ago with Australia being crowned as the world champions, which makes the change log a tad obsolete.

Regardless, here are the other new features in this update:

Ignoring the slight screw-up in the change log, the app itself appears quite solid, allowing users to follow their favorite cricket matches, live scorecards and commentary, news articles and blogs from journalists all over the world. It currently maintains a mediocre 3-star rating in the US store and 3.5-star rating in the UK, which will hopefully improve with this new update. You can grab the update by hitting the source link below.