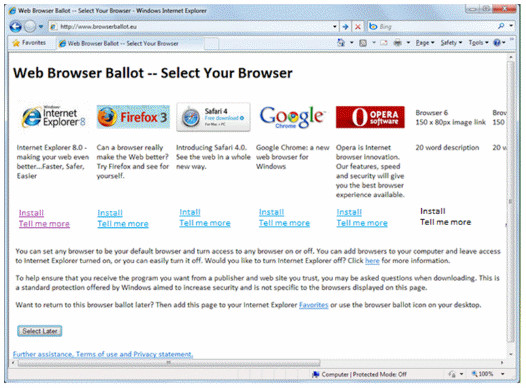 Wednesday may be an interesting day at Microsoft's offices. A new report claims that the long threatened fine against the company from the European Union could be revealed on that day, due to Microsoft's violations of a 2009 anti-trust agreement with the EU.

The report comes from the New York Times and comes after a previous report from Reuters that the fine would be imposed by the end of March. If the NYT story is true, it means that the EU's timetable has been moved up a bit.

The company said a software glitch was to blame and has since sent out an update to the affected Windows 7 PCs to restore the menu. It has also said it will continue to show the menu screen beyond the previously agreed to time period.

Even with the apology, the software fix and the extended time period for the menu, the EU could impose a fine on Microsoft that in theory could be as much as 10 percent of its total annual worldwide revenue, which puts an upper limit of $7 billion for the fine.