Windows 8 beta screenshots continue to be released on the Internet as we await word on when Microsoft will finally and officially launch the "consumer preview" of its next PC operating system. Today the reliable Windows 8 beta information site Winunleaked.tk has released a number of new screenshots from the 8220 beta build along with some more information about the build's features.

As we have reported before this build of Windows 8 no longer has a "Start" button, which has already caused a ton of comments among long time Windows users. Winunleaked.tk gives a list of the new features in the build, some of which have been revealed before:

The author also gives his own opinion of the Windows 8 8220 consumer preview version after five days of using it, saying:

This build is really fine to run, fast, much more faster than Windows 7 SP1. Using it with a mouse is pleasant, less sh****y than 8102.101 (Windows 8 Developer Preview) 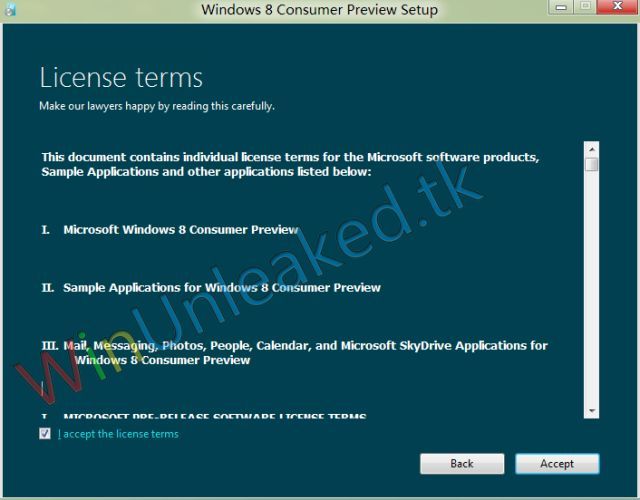 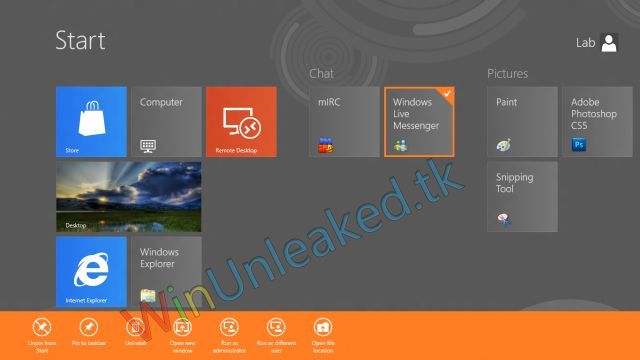 Another screenshot shows all of Windows 8's apps on one big screen: 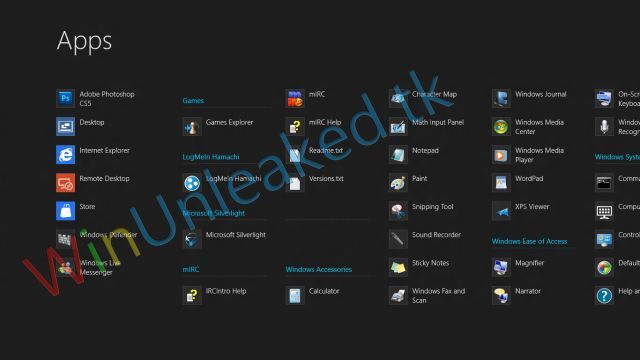 Yet another screenshot shows how you can change your PC setting in a menu without having to leave the desktop: 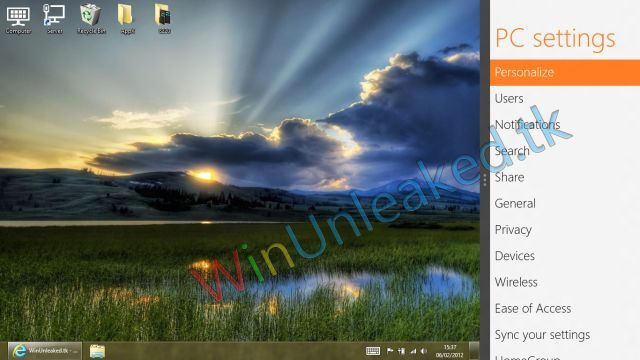