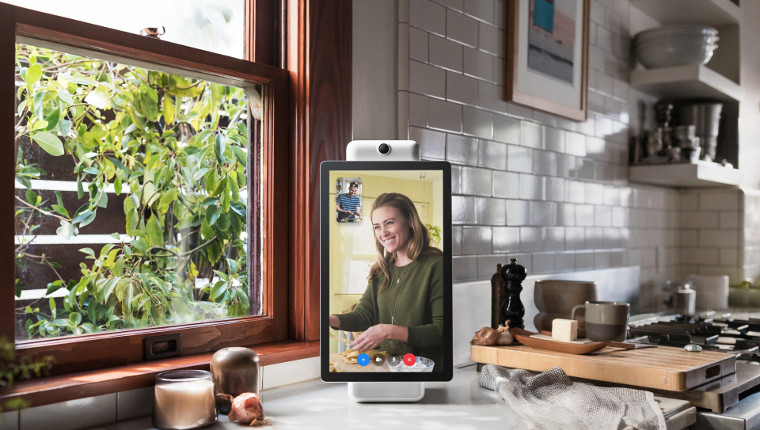 Facebook has just announced its first video communication devices for the home, dubbed Portal and Portal+. The two devices have a focus on video calling via Messenger but they also come equipped with Amazon’s Alexa assistant so you can get other tasks done such as checking the weather, controlling smart home devices, and more.

The Portal family includes two variants, the Portal and Portal+. The Portal includes a 10-inch screen with a 1280 x 800 display, while the Portal+ comes with a 15-inch 1920 x 1080 pivoting display. The two devices are priced at $199 and $349 respectively and are available from Facebook, Amazon, and Best Buy. If you buy two devices together you’ll also get a $100 discount.

Facebook uses AI in order to enhance the video and sound, these features are dubbed Smart Camera and Smart Sound. With Smart Camera, the Portal can automatically pan and zoom to keep everyone in view. With Smart Sound, background noise is minimised and the voice of the speaker is enhanced no matter where people move; this should allow the person on the other end to hear you better.

Another important aspect of the Portal is privacy and security. In order to build trust, Facebook has added several features to make users a bit more trusting when it comes sensitive information and that it isn’t being silently siphoned. The Portal comes with controls that allow you to disable the camera and microphone with one tap, they come with a camera cover so you can block the lens but still receive incoming calls, notifications, and just use voice. Users also have the ability to add a passcode so that random people can’t just begin using the Portal.

Facebook also mentioned that it doesn’t “listen to, view, or keep the contents of your Portal video calls” and that calls are encrypted, making them more secure. Additionally, those AI features, which were mentioned earlier, all run locally so Facebook doesn't need to receive any data to enable those features. As with any other smart assistant device, Facebook will store commands you make after invoking the assistant with “Hey Portal” but you’ll have the option to delete your voice history in the Facebook Activity Log.

Users will have access to services such as Spotify Premium, Pandora, iHeartRadio, Facebook Watch, Food Network, and Newsy at launch, with more services being added later. You’ll also be able to play around with augmented reality effects powered by the Spark AR platform. You can use the AR effects with a feature called Story Time to “bring stories to life with custom sound effects and visuals”.

When you’re not using the Portal, a feature called Superframe will let you display your favorite photos and videos or important notifications such as birthday reminders.

Pre-orders begin today but devices are only available to customers in the U.S. Check out Facebook’s Portal website for more information.