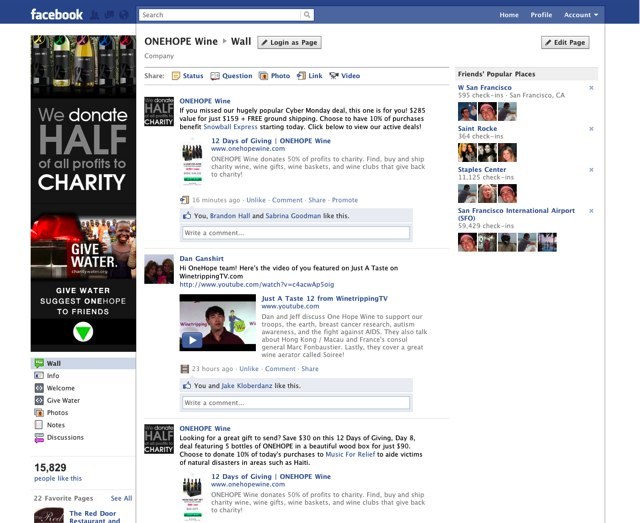 It appears someone at Facebook's Palo Alto headquarters jumped the gun earlier today and revealed a few internal prototypes.

TechCrunch reports that Facebook Pages received a few visual tweaks to bring them in line with an updated profile design which launched earlier this month. Mashable managed to nab a couple of screenshots of the updated design, which shifted navigation from tabs to a menu bar on the left side of the page. Facebook Questions were also better integrated into Pages and an option added to allow Page admins to easily switch between multiple Pages.

Also prematurely revealed was ''Memories'', which appeared to be a timeline of a user's Facebook history and showed how many statuses the user had written in a particular year, how many friends they had added and a selection of photos in which those friends had been tagged. Facebook already allows any user to download all their Facebook data from the site, which would allow the creation of a similar, if less elegant, timeline. ZDNet's Zack Whittaker grabbed a few screenshots of the ''Memories'' feature before it was removed earlier today.

Speculation also ran rife when FBHive spotted a menu entry titled ''Outside World'' in a screenshot posted on the Facebook Design Page. That ''feature'' was later explained to be a tool available to Facebook employees allowing them to filter out the News Feeds of other Facebook employees.

Both the updated Pages design and ''Memories'' were quickly pulled from the site and in a status update, Facebook explained that the features were not intended to be seen outside the company just yet. Facebook.com was down briefly while the changes were reversed.

''For a brief period of time, some internal prototypes were accidentally exposed to people externally. As a result, we disabled the site for a few minutes. It’s back up, and we apologize for the inconvenience,'' the status read.