Facebook is an ever-changing medium, always trying to attract new users and retain the users they already have by regularly making changes to their platform. Today they announced a much welcomed update to your photo section on the timeline that provides a more enjoyable experience (their words). 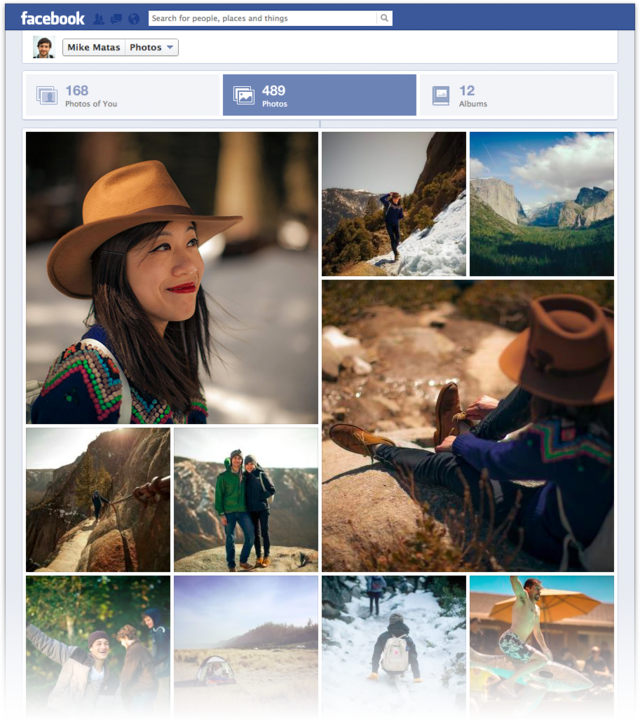 When you click the photos tab on the Timeline you will now get a page with border-less square images, with highlighted images bigger than others. We were unable to confirm it, but the new view seems to be available for pictures you were tagged in, pictures you shared and albums you created. 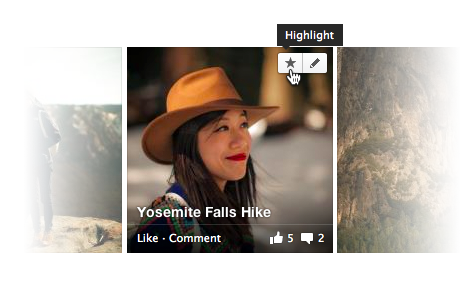 It is now easier to highlight photos you like and share them with friends. When mousing over the thumbnails you now get a set of buttons allowing you to highlight, edit, like or comment on photos with just one click. You can also see the amount of likes and comments right away, so you don't have to browse through all photos to see which ones received comments any longer.

We couldn't help but notice that this interface change looks more like the way Google+ displays photos. It's clear that Facebook doesn't want to give their users too many reasons to switch to Google+, and we do have to admit we think Facebook's overview is a bit more elegant than Google+', perhaps because of the more uniform square thumbnails. We do wonder how many hate groups will be created this time, asking Facebook to revert to the old layout (as usual). 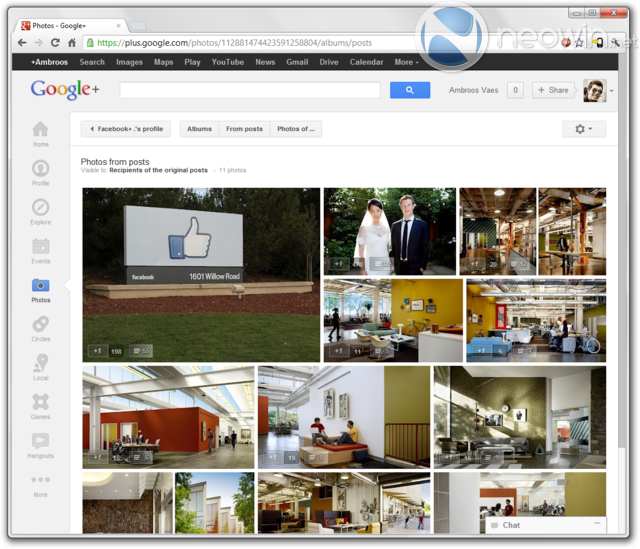 Google+' photo overview looks similar to Facebook's new one - including+1 and comment buttons.

The rollout of the new overview mode will be completed gradually and is most likely be limited to profiles that have switched to the Timeline layout.