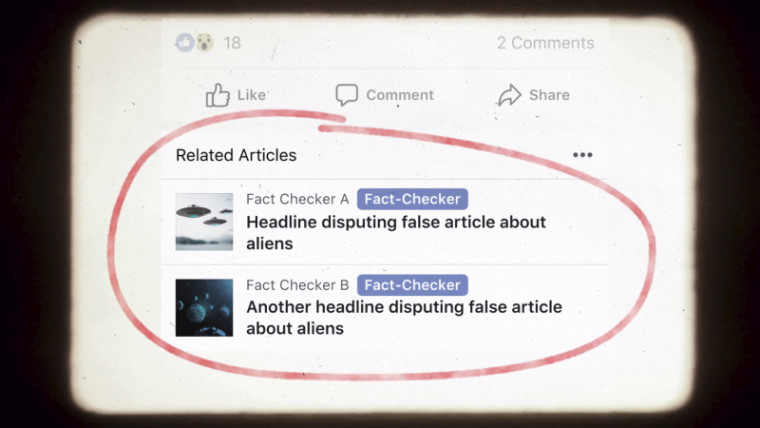 The prevalence of fake news on social media sites like Facebook and Twitter, and the ease with which these tools of modern communications can be used to spread misinformation and propaganda, were the subject of much debate following the 2016 U.S. Presidential Elections.

In response, Facebook stared tagging news stories believed to be false with a 'disputed' tag in order to promote a healthy amount of skepticism on the part of its audience when interacting with such media. The company has, however, changed tactics recently, and will no longer use the 'disputed' tag for articles believed to be 'fake news'.

The reversal is the result of Facebook's discovery that the disputed tag may have been doing more harm than good, as a 'disputed' tag was found to reinforce 'deeply held beliefs' for some users, instead of steering them away from the fake narrative.

Instead, the company will now earmark stories it consider to be fake with links to other articles on the same topic by more credible sources. This 'Related Articles' tab will be visible underneath the offending story and will exhibit tags like 'Fact Checker' to encourage readers to "get to the facts".