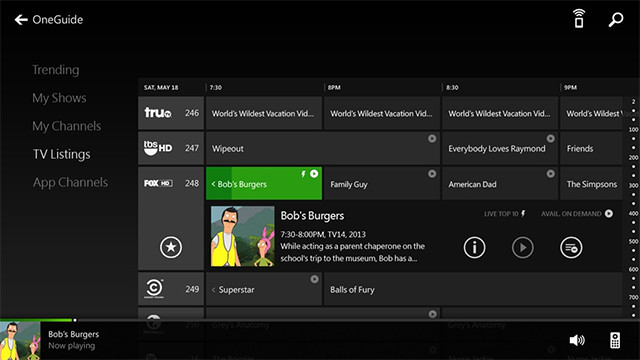 Microsoft has announced that its first original shows to the Xbox One and Xbox 360 will, if everything goes according to plan, debut at some point in early 2014.

"I'm incredibly ambitious and impatient," said Nancy Tellem, president of entertainment and digital for Microsoft. "We're hoping we will be able to put something up in the first quarter, at minimum second quarter."

Tellem landed the job of leading the efforts to creating original programming for Xbox in 2012, so it's actually somewhat impressive that shows are almost ready for consumption considering the timeline. One of those shows happens to be revolving around the popular game series "Halo" with none other than Steven Spielberg directing the project.

Original programming for Xbox is another clear step on Microsoft's part to dominate the living room. Plus, with some content like the Halo series revolving around the games themselves already available on Xbox, it looks like shows could successfully appeal to both gamers and television enthusiasts alike. There's plenty of potential audience members with over 48 million Xbox Live subscribers. (Yes, you'll have to be subscribed to Xbox Live to view these upcoming shows — did you expect anything different?)

"Technology and the transition that was taking place was incredibly interesting to me. It’s very exciting for me to be in this position right now and see how the business model evolves and how content evolves," Tellem added.