Last month, Indian manufacturer XOLO launched its first Windows Phone, the Win Q900s, which it touted as the 'world's lightest smartphone', weighing just 100g, But the Win Q900s is actually just a Windows Phone version of the firm's Android-powered Q900s, rather than an all-new handset.

The device went on sale exclusively with Snapdeal, before later being made available on Flipkart. But as WMPowerUser reports, those who ordered the Win Q900s from Flipkart have actually received the Android 4.3 Jelly Bean version of the device, rather than the Windows Phone that they purchased.

The Q900s and Win Q900s are visually identical, and share very similar specs too. These include a quad-core 1.2GHz Qualcomm Snapdragon 200 chipset, 1GB of RAM, 8GB storage (with microSD support up to 32GB), 8MP rear camera and 2MP front camera. Both versions of the device feature a 4.7-inch IPS LCD, but the Windows Phone version offers HD (1280x720px) resolution, whereas the Android has just 960x540px. 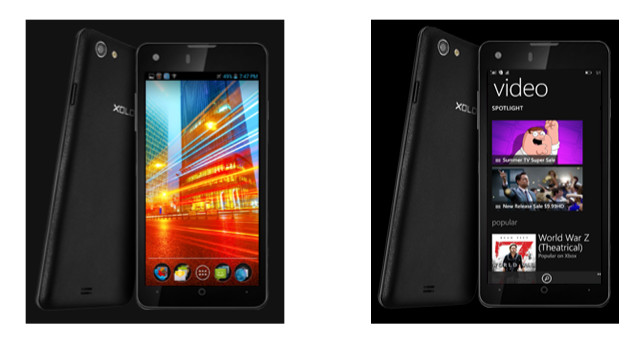 The device was launched after Microsoft dropped its OS licensing fees for Windows Phone, reducing the cost barrier that had previously put off some manufacturers from offering such devices. However, this does mean that some OEMs, such as XOLO, are simply throwing Windows Phone onto existing hardware, rather than designing custom handsets for the OS.

Those who have mistakenly received the Q900s Android phone can return it free of charge to Flipkart, who will (hopefully) then send out the Win Q900s that those customers actually ordered. The company has reportedly been contacting customers to let them know of the error.