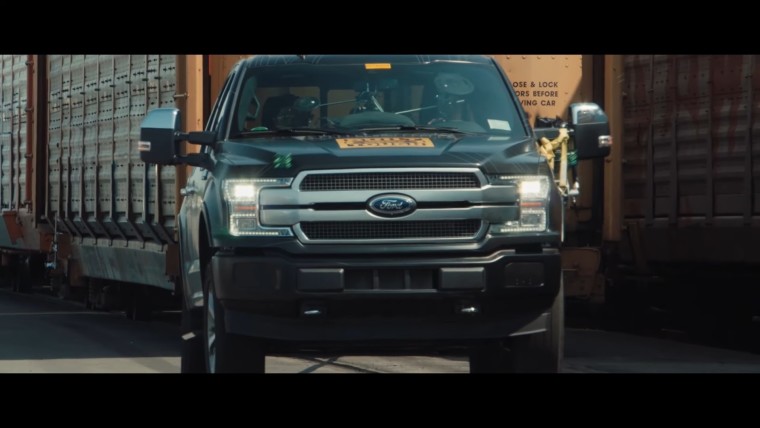 The Ford Motor Company has announced an all-electric version of its popular F-150 pickup truck line. The fully electric truck will be launched in addition to the previously announced hybrid version of the same truck, the Ford F-150 Hybrid, which will be available for sale sometime next year.

Along with the official debut of the electric F-150, the automaker also dropped a teaser video for the upcoming EV on YouTube. In the promotional clip, a prototype All-Electric F-150 can be seen towing a set of hefty rail freight cars weighing in at a little over a million pounds. The prototype truck pulls its ginormous load over the distance of 1000 ft, making the alleged 'test run' a success.

Ted Cannis, Global Director of Electrification at Ford, commented on the debut of the All-Electric F-150:

"We are dead serious about delivering an electric pickup truck that again sets an all-new bar for what light-duty trucks can deliver — not in the science project sense, but in the reality of what tough trucks need to do. This demonstration showcases our commitment to remain the clear leader in trucks as well as to highlight our commitment to the future of electric vehicles."

Ford claims that the F-150 battery-electric prototype featured in the teaser video is "towing far beyond any production truck’s published capacity in a one-time short event demonstration." The announcement also disclosed a refreshing statement to remind readers that the American automaker is also working on delivering a fully electric Mustang-inspired SUV.