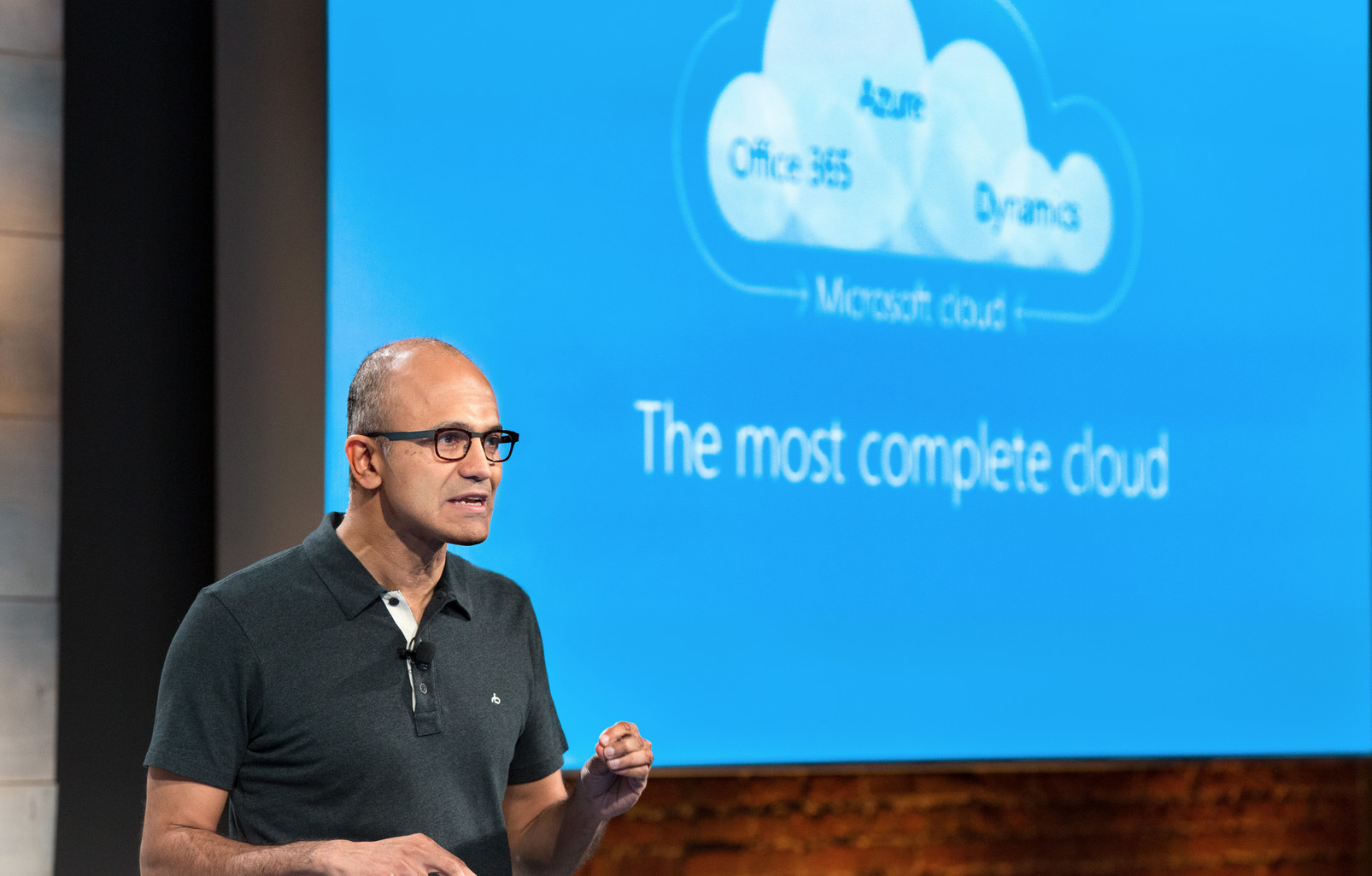 Satya Nadella took to the stage today in San Francisco where he and Scott Guthrie outlined the company's latest additions to its Azure platform and sprinkled in a little bit of other content as well. The event lasted about 45 minutes and if you didn't have time to watch the event, we have a quick recap to bring you up to speed.

The theme for the event, to no surprise based on the invitation and the speakers, was Microsoft's Azure platform. With new regions opening up, more love for Linux and new partnerships with Dell, there was a lot talked about today.

The new G-series VMs have more than twice the amount of memory of the largest AWS (Amazon Web Service) VM, according to Microsoft, and are targeted at enterprise class customers. The product, which will be available later this year, will support up to 32 cores and 448 GB of RAM. We would expect Microsoft to heavily push this fact when marketing their cloud services especially when competitors are bidding on the same projects.

Microsoft also showed their commitment to Linux with the announcement that CoreOS is now available; you can start deploying this OS on Monday. The company also said that 20% of deployments on Azure are now based on Linux.

While these announcements may not impact the consumer the way the Windows 10 announcements did, they are a huge part of Microsoft's current and next generation strategy. Azure, by all means, is the foundation of Microsoft's future and the company is pushing forward as aggressively as possible to make sure that this platform is part of every cloud conversation.