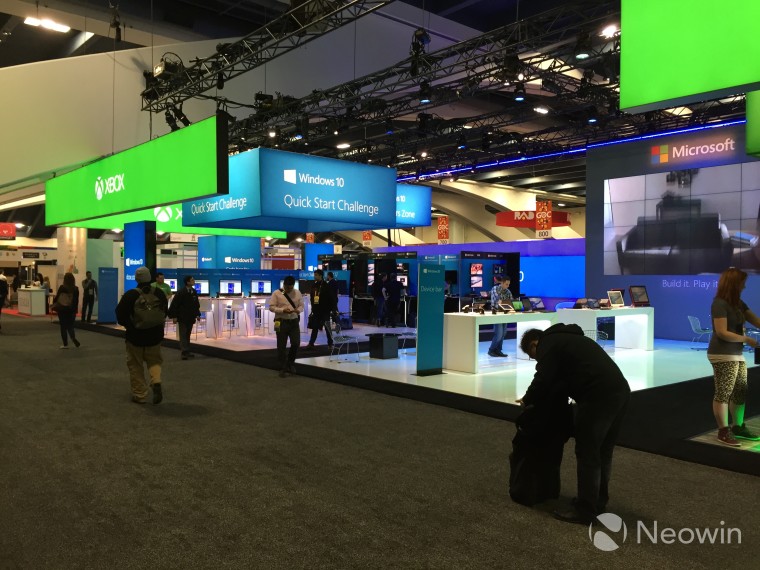 This week, the Game Developer Conference is taking place in San Francisco, and if you were not able to make it out to the show, we have a few images of Microsoft's booth and others from around the venue.

These shots come from show floor before press were allowed to run amok which is why the venue seems empty but they do give you an idea of what Microsoft's Xbox booth looks like.

Expect quite a few announcements today and the rest of the week as Microsoft has a large presence at this event. We expect to hear quite a bit about Direct X12 along with other new features that are coming down the pipe for game developers.

As always, keep it locked to Neowin as we will bring you the information as it is announced.