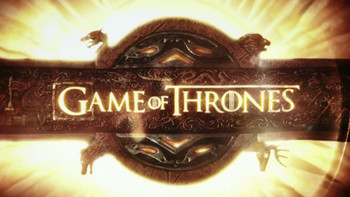 As the year 2012 comes to an end, many websites offer up their annual "best of" or "most" lists for the past 12 months. The site TorrentFreak is no different, and this week it has listed what it claims are the most pirated TV shows of 2012.

Their list, which it says comes from public BitTorrent file trackers as well as other unnamed sources, shows that the adult fantasy HBO series Game of Thrones is on top this year, with 4.28 million downloads for a single episode. Game of Thrones took over the number one spot from another mature-themed show, Dexter, which falls to number two on the list with 2.75 million downloads.

There are several reasons why Game of Thrones is number one on the list, besides the fact that it's a pretty good TV drama. Episodes are shown days or even weeks after they are aired in the U.S. in other countries. That includes Australia, which broadcasts the show a week after its U.S. airing. The report claims that Australia is one of the biggest regions for pirated downloads of the drama.

HBO does offer a streaming service for its TV shows and movies similar to Netflix but you have to be an HBO cable subscriber to get it here in the U.S. So far, there's no indication that will change anytime soon. If HBO were to make such a move, it might cut down on its illegal downloads.

The number three most pirated TV show in 2012 is the sitcom The Big Bang Theory, followed by How I Met Your Mother and Breaking Bad. The Walking Dead, Homeland, House, Fringe and Revolution round out the top 10 list.