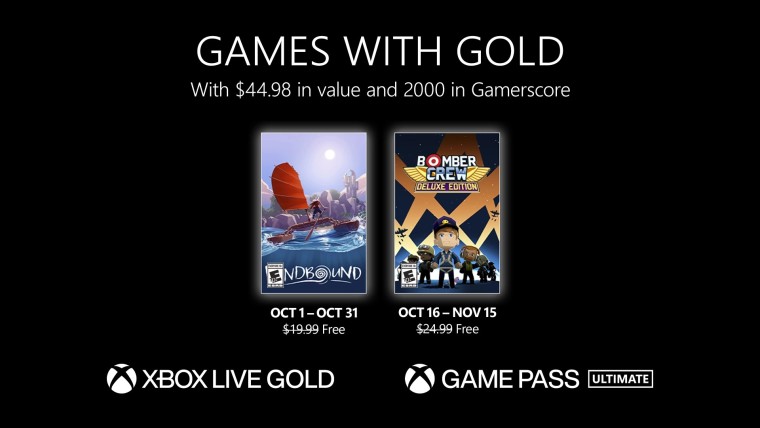 The first Games with Gold wave, following the Xbox 360 games' exit from the long-running service, has now gone live. Just as Microsoft announced a few days ago, Windbound has arrived as the latest bonus game for Xbox Live Gold and Xbox Game Pass Ultimate members.

Windbound is a 2020-released Xbox One title developed by 5 Lives Studios. Thanks to backward compatibility, Xbox Series X|S owners can also natively play the game after claiming it via the promotion for no extra cost.

Use the direct store link below using a Gold-active Microsoft account to claim it:

As Kara, you are a warrior, caught at sea in a fierce storm, adrift from your tribe. Thrown from your boat, at the mercy of the turbulent waters, you are tossed on to the shores of the Forbidden Islands, a mysterious paradise.

The mid-month Xbox One freebie from last month, Double Kick Heroes, is still available for subscribers to claim too. Its slot on Games with Gold is set to be replaced by Bomber Crew Deluxe Edition in two weeks' time when the October second wave goes live.

Keep in mind that claimed Games with Gold Xbox One titles are only playable while the account has an active subscription to either Xbox Live Gold or Xbox Game Pass Ultimate.