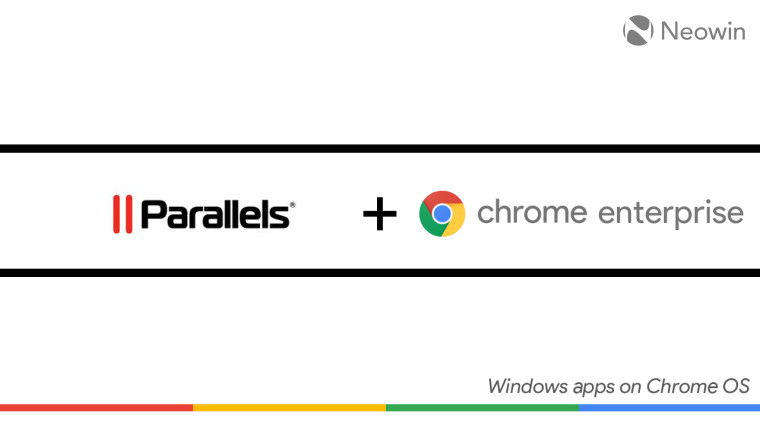 Software virtualization provider Parallels has today announced that it will be bringing “full-featured Windows applications” to Chrome OS in partnership with Google. The ability to run Windows applications on that OS will be specific to Enterprise users. Google quietly hid the announcement in the way of a one-liner in a blog post about remote work, adding that it will share more information in the coming months.

Parallels provides virtualization software services such as ‘Parallels Desktop’ that helps run Windows 10 on macOS. The company’s blog post does not divulge much information on how the company plans to enable Chrome Enterprise users to run Windows applications, including Microsoft Office, on Chromebooks. However, Google tells AndroidPolice that the feature would be a “variation of Parallels Desktop integrated natively into Chrome OS”, including offline support.

The addition of this feature on Chrome OS would be a significant one since the ability to run desktop versions of Office apps would greatly improve the usability of Chromebooks. This negates the need for enterprises to procure separate Windows or Mac machines to run the productivity suite and can make use of more affordable Chromebooks if their needs are met.

Parallels says that it will bring the feature to Chrome Enterprise customers this fall. It will be interesting to see how the efforts mature and what the messaging would be on Google’s part. This is not the first time that the search giant has tried to bring Windows applications to Chromebooks, as the company was reportedly working on a way to dual boot Windows on the Pixelbook in early 2018.