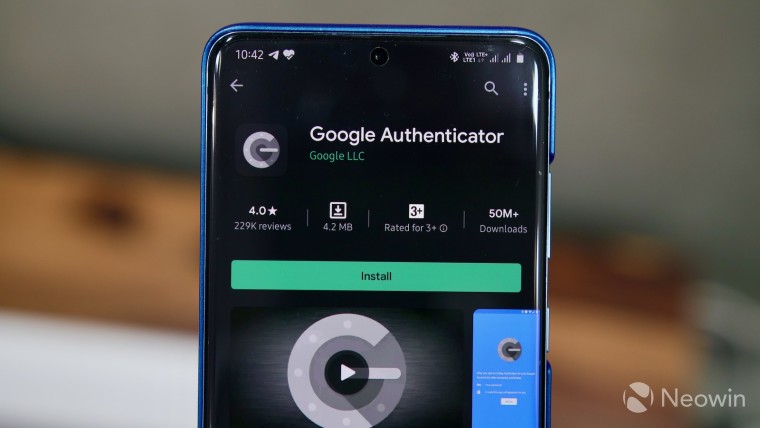 The Google Authenticator app is getting a major update (Via Android Police) that apart from a visual overhaul also allows one to transfer their linked accounts from one device to another. If you use two-factor authentication to log in to services, you can use Google Authenticator to generate login codes instead of relying on an SMS code which can be unreliable. However, the app from Google was barebones, did not support new devices with 20:9 or other aspect ratios, and it was a pain to set it up again while switching devices.

With the update from version 5 to v5.1.0, Google has updated the Authenticator app to Material Design 2.0, introduced a dark theme, and also added a much-needed import/export tool. If you are switching between devices, you can now use the import/export tool to transfer all your logins to a new device in Google Authenticator. When using the tool, your old device will show a QR code which you will need to scan using the Authenticator app on your new device. Users also have the option of selecting the accounts which they want to transfer to the new device. For additional security, the app now also prohibits users from taking a screenshot while showing a two-factor login code.

Unlike Authy, another popular two-factor authentication app, Google's Authenticator app still does not support cloud backups. While cloud backup could pose a security risk of its own, it is handy to have if your primary device ever gets stolen or lost.