A small or even possibly large Easter egg was discovered on Google's homepage today, when the user visits the website, www.google.com, leaves the search box blank and click "I'm Feeling Lucky". The user is prompted with a countdown timer to the year 2010.

The clock is displayed in seconds and runs off of the users own system clock. If users set the clock to just before midnight on January 1, 2010, the clock will count down to 0 and simply disappear.

Users will need to wait and watch Google in the New Year to see if there are any new product announcements. Either Google has something major planned for their users or Google just likes to add Easter eggs that become a quick discussion around the Internet. 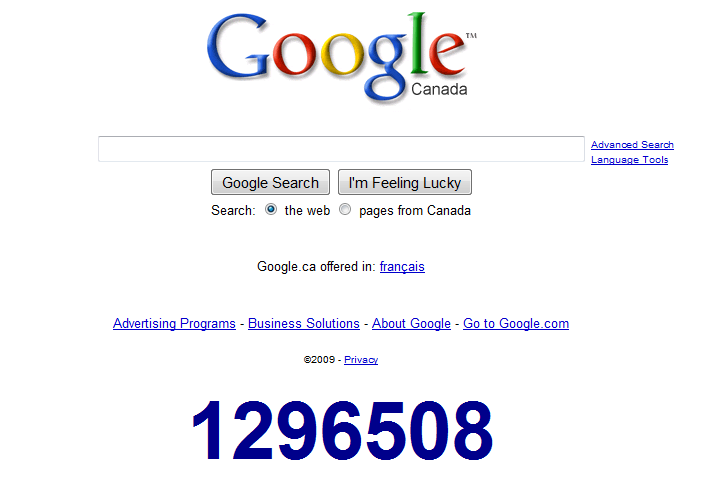 Thanks to Majesticmerc for the news tip.