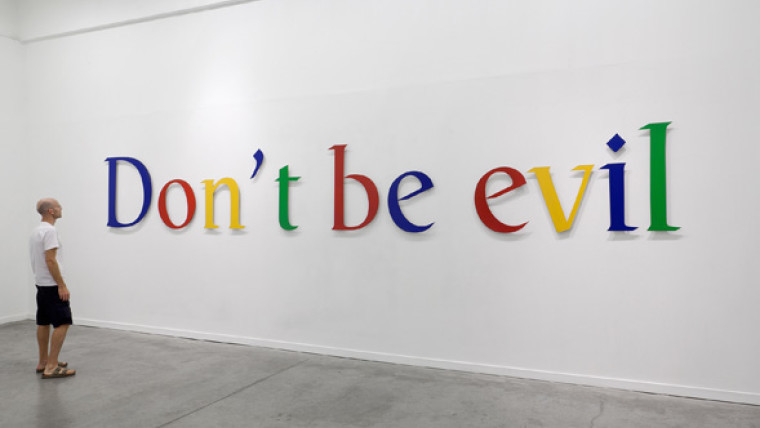 Google is currently embroiled in yet another controversy regarding its employees. This time, however, it is not about the company's questionable hiring practices, but about ethics and the extent to which it is willing to bend over backward for the U.S. government. The company is a sub-contractor on Project Maven- a pilot program by Pentagon that will "extracts objects of interest from moving or still imagery."

Google employees, it seems, are not happy with this development and have started a petition against the company's involvement with the project. In a letter addressed to Google CEO Sundar Pichai, the employees state:

"Recently, Googlers voiced concerns about Maven internally. Diane Greene [CEO of Google Cloud] responded, assuring them that the technology will not “operate or fly drones” and “will not be used to launch weapons.” While this eliminates a narrow set of direct applications, the technology is being built for the military, and once it’s delivered it could easily be used to assist in these tasks."

With over 3,100 signatures on the petition, the voice of dissent has been growing stronger across the company's internal boards. Their queasiness may stem from the fear that Google's association with the U.S. military may only grow stronger and eventually lead to building warfare technology:

"We believe that Google should not be in the business of war. Therefore we ask that Project Maven be canceled and that Google draft, publicize and enforce a clear policy stating that neither Google nor its contractors will ever build warfare technology."

The letter further goes on to state that the company cannot outsource its moral responsibilities to third parties. Google's immediate competitors, Amazon and Microsoft, have been quite vocal about their strong relationship with the U.S. military. The former has previously touted its image recognition work for the defense, while the latter publicly courts the Department of Defense for its cloud services.

Additionally, the letter invokes the company's unofficial motto- 'Don't be Evil', to assert Google's ethical responsibility towards its users.

In a statement, Google says that its work on the project is ﻿“specifically scoped to be for non-offensive purposes,” and it is "actively engaged across the company in a comprehensive discussion" with regards to military use of machine learning.

The company also explained that Pentagon was employing "open-source object recognition software available to any Google Cloud customer," later adding that "the technology is used to flag images for human review and is intended to save lives and save people from having to do highly tedious work.”

It's also noteworthy that Google and Pentagon share more connections than one may realize. Eric Schmidt, former Google CEO and currently acting as a technical advisor at Alphabet, Google's parent company, also serves on a Pentagon advisory body called the Defense Innovation Board. In an interview last November, he stated:

"There’s a general concern in the tech community of somehow the military-industrial complex using their stuff to kill people incorrectly, if you will. I don’t know how to say it any other way. It comes from a, it’s essentially related to the history of the Vietnam War and the founding of the tech industry."

However, he justified his relation with the Pentagon, adding:

"So in reality, I and the other people I am part of the [Defense Innovation Advisory] Board with are at least trying to at least allow for communications to occur."

The contract between Google and the Pentagon was not made available publicly, but it is also important to note that Google is a subcontractor on the project to the prime contractor, ECS Federal.