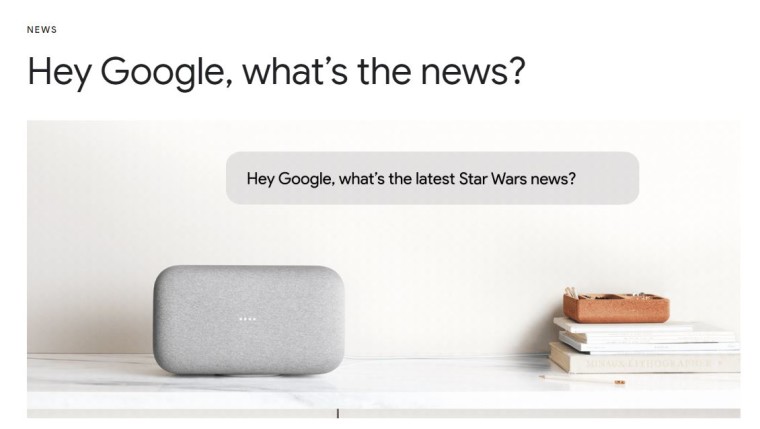 Google announced a major revamp to Google News at I/O, its annual developer conference back in May. News replaced Play Newsstand apps on mobile and desktop, and the Google News & Weather app on mobile. With the redesign, it was expected that the search giant would bring News integration to its Google Assistant in the near future. That happens today, as the folks at Mountain View have now announced that they are bringing Google News to Google Assistant-enabled devices.

Using News on those devices is as simple as saying, “Hey Google, what’s the news?”. On smart speakers like the Google Home, Google Assistant will read out the news as is expected. The news articles are based on the preferences that you set and sync with your account, leading to a personalized experience across devices. The firm says that this functionality is for “moments in the day when you want to catch up on the news while your eyes or hands are busy”.

On devices with a screen, such as the recently launched Lenovo Smart Display with Google Assistant, News can serve up video or audio briefings from your preferred news sources or local broadcasters such as CNN, CNBC, Cheddar and the like. It can also find relevant YouTube videos on devices with displays if you wish to ask for deeper and more specific topics, such as “What’s the latest from NASA?”. On devices without a screen, the Assistant "will read out excerpts from news articles" instead..

The above-mentioned functionalities are available for Assistant-enabled devices such as the Google Pixel Buds headphones, Android phones, as well as the Android Auto app. However, these updates are currently limited to devices in the U.S. The company says that it plans to learn from the U.S. launches and will expand the feature across to more markets accordingly.