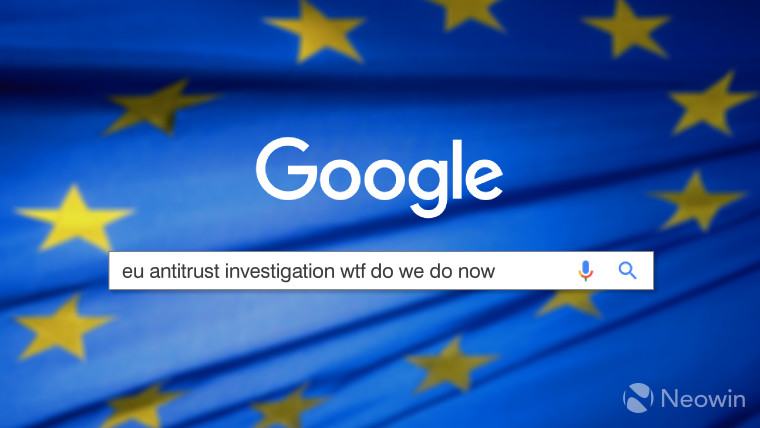 Today, following a seven-year antitrust investigation, the European Commission handed Google a record-breaking €2.42 billion ($2.7 billion) fine, stating that the company had "abused its market dominance as a search engine by giving an illegal advantage to another Google product, its comparison shopping service." The EC has ordered Google to stop its anti-competitive practices within 90 days, or face the prospects of further daily fines.

Unsurprisingly, Google has rejected the EC's findings and said that it will "consider an appeal".

In a blog post, titled 'The European Commission decision on online shopping: the other side of the story', Google highlighted the value of shopping searches for consumers, and the usefulness of being able to connect advertisers with those wishing to buy products. It said:

We believe the European Commission’s online shopping decision underestimates the value of those kinds of fast and easy connections. While some comparison shopping sites naturally want Google to show them more prominently, our data show that people usually prefer links that take them directly to the products they want, not to websites where they have to repeat their searches.

Google also implied that the EC had failed to sufficiently consider the rise of other major advertising platforms, such as Amazon and eBay, in determining "why some comparison websites have not done as well as others". It explained:

With its comparison tools, reviews, millions of retailers, and vast range of products from sneakers to groceries, Amazon is a formidable competitor and has become the first port of call for product searches. And as Amazon has grown, it’s natural that some comparison services have proven less popular than others. We compete with Amazon and other sites for shopping-related searches by showing ever more useful product information.

When you use Google to search for products, we try to give you what you’re looking for. Our ability to do that well isn’t favoring ourselves, or any particular site or seller--it’s the result of hard work and constant innovation, based on user feedback.

Google concluded: "Given the evidence, we respectfully disagree with the conclusions announced today. We will review the Commission’s decision in detail as we consider an appeal, and we look forward to continuing to make our case."

The company is still under two additional antitrust investigations by the European Commission. The EC formally accused Google in April 2016 of having "abused its dominant position" in Europe with its Android operating system. A final determination in that case is still pending, which could also result in massive fines for the company.

Google is also being investigated for alleged anti-competitive behavior in the online advertising market, after claims that it prohibited AdSense for Search users from accepting rival search ads.