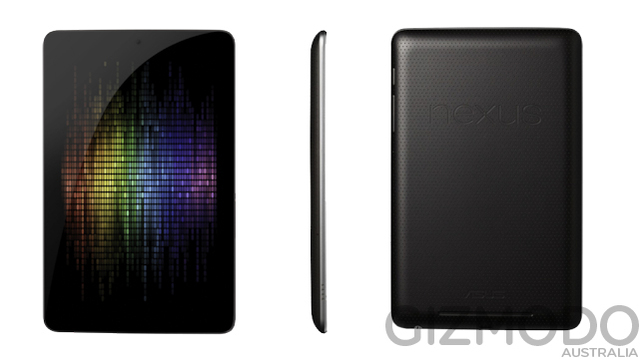 Google's upcoming Nexus tablet has been spotted and all of its details have been leaked. The tablet you see above is the Nexus 7 and is built by Asus. The tablet will sport a 1.3Ghz quad-core Tegra 3 processor, GeForce 12-core GPU and 1GB of RAM with two different storage variants: 8GB and 16GB according to Gizmodo.

The screen of the device will come with a resolution of 1280x800 and have an IPS display. Additionally, NFC is expected to be inside and there is also a 1.2 MP camera up front.

The two models will ring up the cash register at $199 and $249 respectively, notably undercutting the iPad by several hundred dollars. Considering that the Nexus 7 is quite cheap, it will continue to put downward pressure on the tablet market; the device is expected to run Jelly Bean, according to the leaked documentation.

Google is expected to make the announcement about the tablet at its upcoming I/O event and previous rumors have suggested that the tablet will go on sale in July.