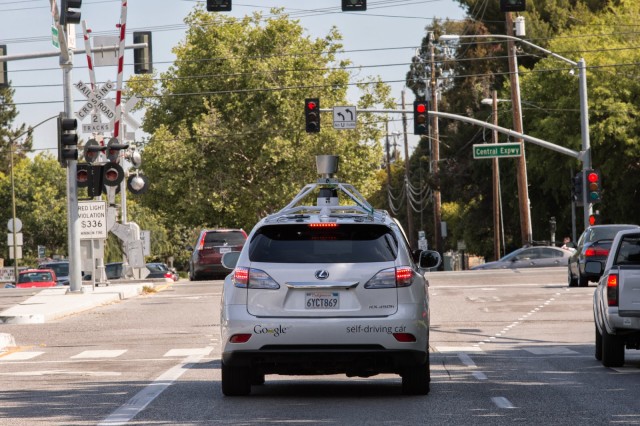 Google's self-driving cars are getting smarter. After logging nearly 700,000 miles without a driver, the autonomous cars are capable of reacting to a multitude of scenarios unique to city driving. The company released a video which shows one of the cars driving through Mountain View, California, home of Google's global headquarters. The autonomous car was able to safely navigate a parked car protruding into its lane, avoid a biker weaving in and out of the bike lane, and approach railroad crossings with prudent caution.

Google discussed how they tackled the complexity of city driving in a blog post:

As it turns out, what looks chaotic and random on a city street to the human eye is actually fairly predictable to a computer. As we've encountered thousands of different situations, we've built software models of what to expect, from the likely (a car stopping at a red light) to the unlikely (blowing through it).

Despite their cars' excellent track record, Google admits there is still a lot of progress to be made. For example, the variances in city planning mean the Self-Driving Project crew have to teach the cars to navigate each city; they are still working on Mountain View. However, the advances showcased in the video represent massive strides in self-driving car technology.