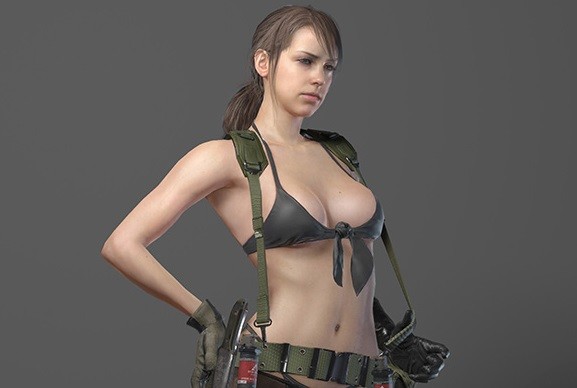 In the past few years, it seems that discussions about games and overt sexual themes have become more common. While the industry hasn't shown much change from these discussions, it appears that the topic is at least making everyone think about game content a little more. Sometimes this spurs conversation, and sometimes raw emotions come through.

The latter is what happened late last week when Halo designer David Ellis tweeted that the design of a character in the upcoming Metal Gear Solid 5 game was "disgusting."

Don't care if this gets me in trouble. This character design is disgusting. Our industry should be better than this. https://t.co/4CCaF1qNEP

Ellis went on to say that the industry is "full of man babies," and that while he likes breasts as much as anyone, that this character "felt icky."

It seems that video games are always the target for complaints about sexualization of women and over the top violence. Is this  something that needs to be changed or, like in television, movies, and magazines, is it something that we should accept?