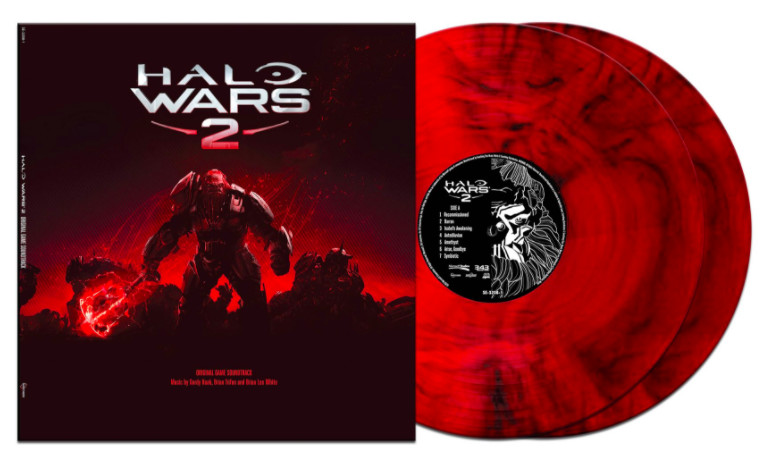 There was a lot of excitement and many special events were held to celebrate the launch of the release of Halo Wars 2. That was nearly seven months ago and it looks like Halo fans will be getting a nice surprise this month in the form of the soundtrack pressed in wax.

While there was a Halo Wars 2: Ultimate Edition released, it never included any real additions like physical art or a soundtrack. But if you were a fan of the game and wanted to indulge, you always had the option of purchasing the digital or physical audio CD of the soundtrack around the time of the game's launch. For those that are collectors, you might want to have a look at the vinyl release, since it offers a nice pressing in a beautiful limited edition Red Marbled color.

If you are interested in owning the vinyl edition of the soundtrack, be sure to head to the source link down below where you can purchase it for $34.99. Luckily, by purchasing it from Amazon, you will also get a free MP3 copy of the album to listen to while it ships to your home or if you don't have a record player handy.