One thing that changed was that this wasn't originally going to ship with Windows 10 Pro. Back in May, we were told that it was running Windows 10 Pro for demo purposes only. When Microsoft announced Windows 10X, everyone naturally assumed that that's what the X1 Fold, as it's now called, would run.

That's still half true. When Windows 10X is available, the ThinkPad X1 Fold will ship with it; however, Lenovo is hedging its bets. The Windows 10 Pro version will continue to be available, so businesses will be able to choose which version of Windows they want.

The ThinkPad X1 Fold has a 13.3-inch 4:3 display. There's a kickstand on one corner of the back, so you can easily stand it up and use the Bluetooth keyboard.

Lenovo is also selling a stand for it if you want it to be raised a bit, and the stand only costs $23.99, not much when you consider the $2,499 price tag of the device. Unfortunately, neither method of propping up the full-screen unit will let you adjust the angle.

Using Windows 10 Pro has its own set of challenges, and when I tried it out in May, I could only describe the OS experience as awkward. Lenovo is aiming to fix that with some custom software. You can set it so that it has different views on the screen, because none of that's automatic.

One of those views is fullscreen with the on-screen keyboard. Also, you'll need to put it in this mode before attaching the magnetic physical keyboard.

Folding the 13.3-inch 4:3 screen in half gives you two 9.6-inch 3:2 displays. As I mentioned, placing the keyboard on the PC doesn't automatically give you what you see above. You do need to change the view with Lenovo's software. Presumably, the Windows 10X version will actually be able to detect the keyboard and adjust the screen.

Moreover, the screen's orientation won't change. If you've got the X1 Fold in landscape orientation, folding it means that you want to put it in portrait, but that's not quite what happens. You actually have to hold up the whole device to change it.

The easiest way to snap windows side-by-side is the same way you would in Windows 10. Just drag the Windows to the corners. Windows 10 will think it's splitting the screen into quarters.

To be clear, this is a very cool device. I could see myself using it for day-to-day tasks. It's so small and portable, especially with 5G connectivity, and you can use it for so many things. The major issue is Windows 10 Pro, not Lenovo's frankly magnificent hardware that it's been working on with Intel for four years.

With this compact device, you can easily carry it, possibly even in a large jacket pocket. You can open it up, stand it up, and use it with the keyboard that's tucked away in there. If you're sitting and you need something more lappable, you can use the foldable screen with the magnetic keyboard attached inside. Or you can use it as a tablet to draw, as a book to read, and so on.

Out of all of the devices I've seen so far from CES, this is one of the ones that I'm most excited about. Frankly, Lenovo always shows a willingness to try new things, which is why it's always easy to get excited about its products. 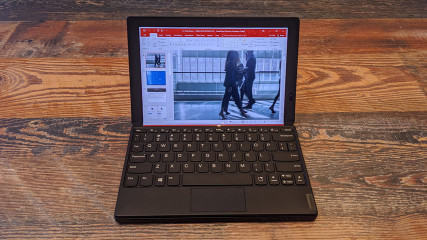 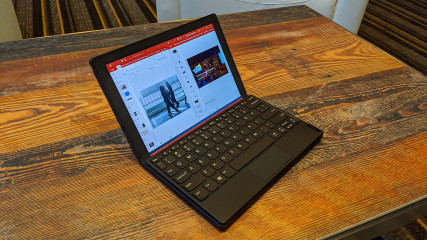 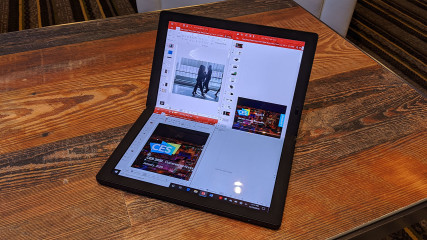 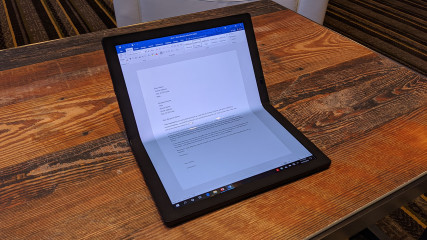 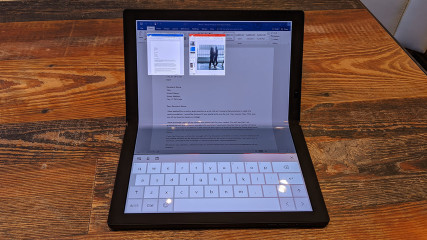 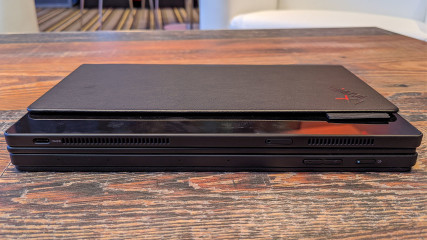 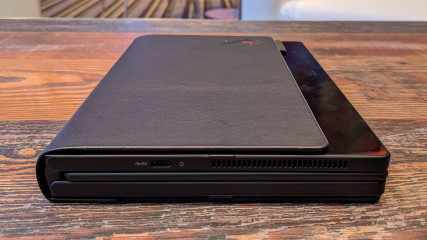 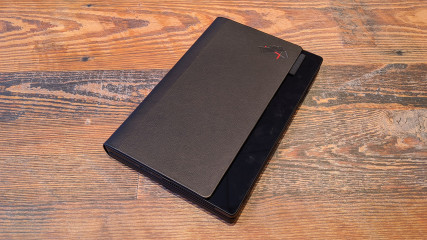 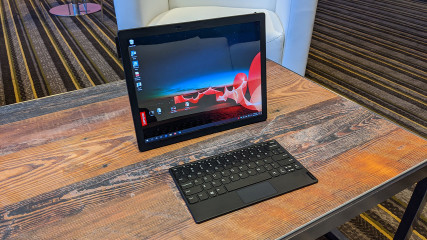 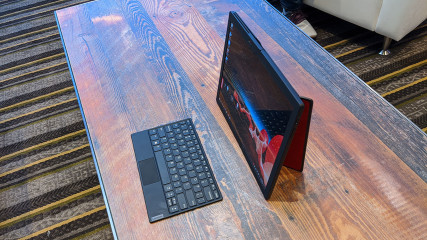 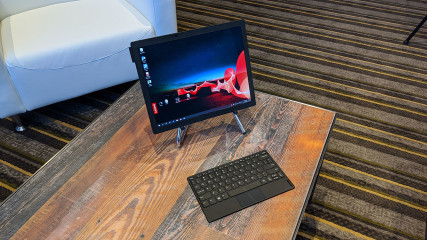 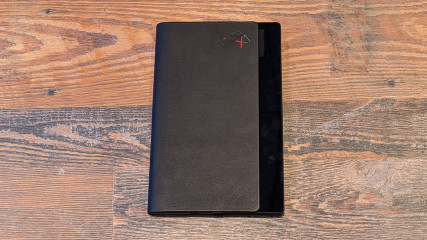