Reuters is reporting that a helicopter from the megayacht Octopus, owned by Microsoft's co-founder Paul Allen, has made an emergency landing on water in Argentina's far south on Monday, but there were no injuries, the coast guard said.

It was not immediately clear who was aboard the helicopter, which landed in frigid waters off the southern city of Ushuaia.

Update: Paul Allen's spokesman said neither billionaire Allen nor co-founder Bill Gates were on board. He said a co-pilot was injured and were being taken to hospital. Source: Reuters.

Paul Allen co-founded Microsoft with Bill Gates and is one of the wealthiest people in the world with a personal wealth of US$12.7 billion as of 2010. Allen officially resigned from his position on the Microsoft board in November 2000 but was asked to consult as a senior strategy advisor to the company's executives. He sold 68 million shares of Microsoft stock that year, but still owns a reported 138 million shares. 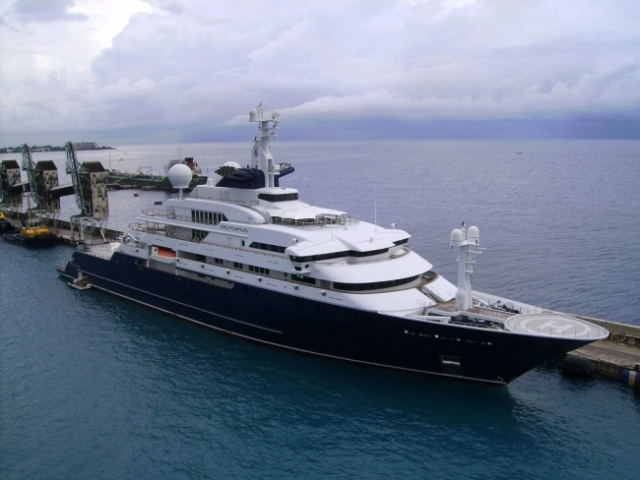 The "Octopus" Yacht, owned by Paul Allen, is 414 feet long and was built in 2003. It was believed to be the biggest such yacht at the time of its construction. It is currently the world's 11th largest superyacht, and the third largest superyacht not owned by a head of state. This yacht cost around $200 million to build.