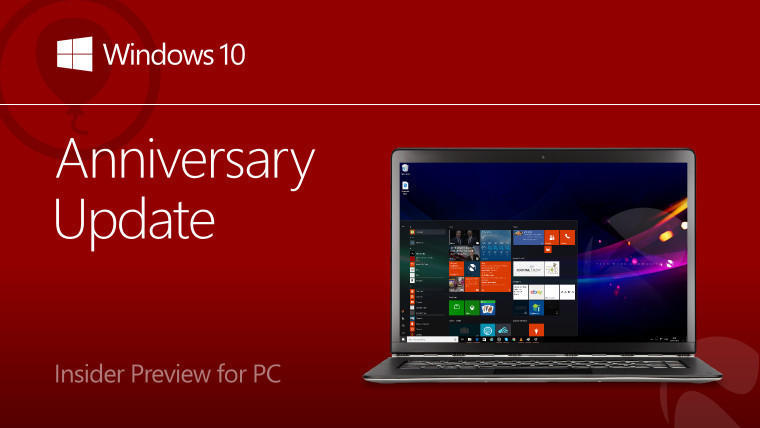 Microsoft today released yet another Windows 10 Insider Preview build to the Fast ring. Build 14388 follows in the footsteps of its recent predecessors, in that it doesn't contain any front-facing features.

As usual, it does contain a list of fixes, improvements, and known issues. Here's what got fixed and improved in Windows 10 for PCs build 14388:

As Dona notes in the blog post, we're getting down to the wire. The Anniversary Update is slated to arrive on August 2; however, Insiders should be expecting an RTM build much sooner than that. It could come as early as later this week or next week.

If you're on the Fast ring, you can grab build 14388 by heading to Settings -> Update & security -> Windows Update -> Check for updates. If you're not and you want to be, head over to Windows Update, select Advanced options, and turn on Insider Preview builds. When your PC builds, go back and make sure it's on the Fast ring.