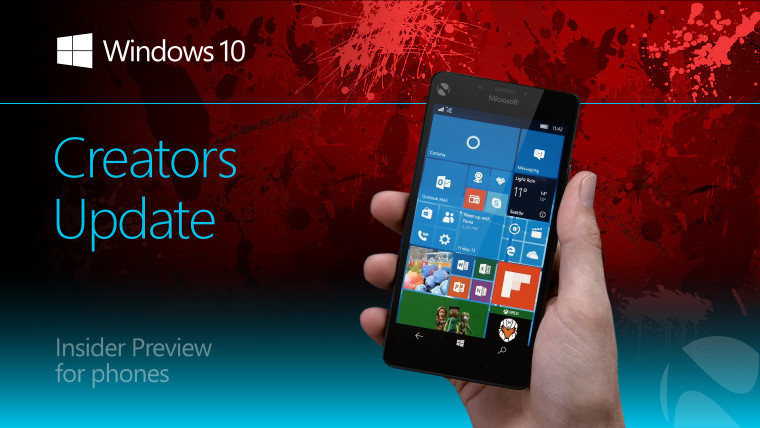 Earlier today, Microsoft offered the Windows 10 Mobile Creators Update to the Release Preview ring of the Windows Insider Program. While only 13 phones are eligible for the official upgrade, the Feedback Hub announcement said that those handsets that lost support would be able to continue receiving updates via the Insider Program.

Unfortunately, those with an unsupported device on the ring didn't find any updates waiting for them, and as it turns out, there's a reason for that. According to Microsoft, your phone actually needs to be on build 15063 before it can get build 15063 through Release Preview.

If your Lumia 635, 730/735, 830, Icon, 930, 1520, or other device that just lost support has been sitting in the Release Preview ring, patiently waiting for the Creators Update that was promised, you'll need to switch it to the Slow or Fast ring. Through either of these rings, you'll be upgraded to 15063, and once you're there, you can switch back to Release Preview and get cumulative updates again.

Or at least this is what Brandon LeBlanc of Microsoft says will work. To be very clear, this method hasn't worked for us at all just yet.

@TheRichWoods @PrancoLeoz93 @donasarkar If you have an unsupported device that's not already on 15063, it won't get 15063.

It's similar to when Microsoft released the initial Windows 10 Mobile upgrade last March. Devices that lost support were able to continue to receive updates through the Release Preview ring, and once the Anniversary Update was available, they had to switch to Production.

Since this is not an unprecedented approach, the company will surely fix whatever is blocking devices that are already on 15063 from upgrading to 15063.251. One thing is for sure though; if you want the Creators Update on your unsupported phone, you should grab 15063 through the Slow or Fast ring right now before even that path is taken away.