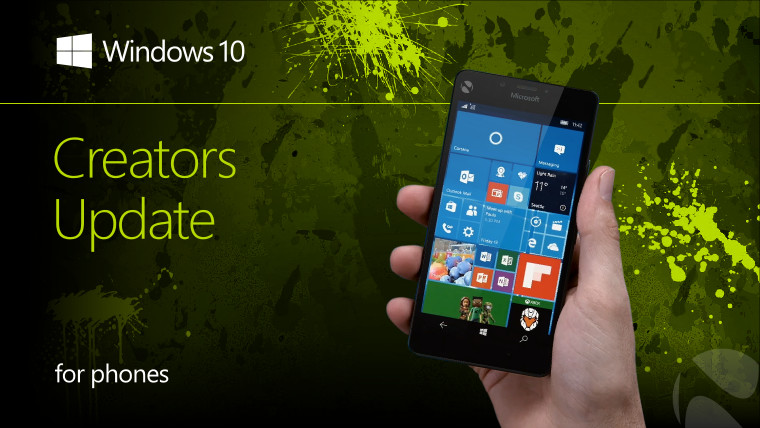 Microsoft today released the Creators Update for early adopters that want to manually install it on their PCs, so later on in the day, the company updated the minimum hardware requirements. But while the Update won't roll out for Windows 10 Mobile until April 25, those requirements were refreshed as well.

To start it off, Microsoft hasn't added support for any new chipsets in devices with cellular modems, such as Qualcomm's latest Snapdragon 821 or 835. In fact, it even removed the dual-core Snapdragon 208, leaving the list with just the Snapdragon 210, 617, 808, 810, and 820 chipsets.

But there are actually a couple new additions for Wi-Fi only devices that run Windows 10 Mobile Enterprise. Previously, there were only three SoCs in this area: Snapdragon 210, 808, and 810. Now, support for the Snapdragon 617 and 820 have been added.

The list of chips that can be upgraded to Windows 10 Mobile has dropped the Snapdragon S4 Play and Pro, but oddly enough, the S4 Plus is still listed, an SoC that has never offered an official upgrade to Windows 10. Other than that, the list remains the same with the Snapdragon 200, 210, 400, 410, 617, 800, 801, 808, and 810. As the mention of the S4 Plus should show, this is not an indication of which devices will be upgraded to the Creators Update, as it's been reported that many devices will not be.

RAM and storage requirements remain the same, but there are now some additional display options. With the hardware requirements for the Anniversary Update, Windows 10 Mobile was listed as supporting screens of up to nine inches, but there weren't any actual resolutions listed that supported screen sizes of over seven inches.

This has been remedied with the new system requirements. WXGA (1280x800) can now be used for screen sizes between 6.01 and nine inches, where previously it was 6.01 to seven inches. There are also some new resolutions available, including XGA (1027x768) and WSVGA (1027x600), both of which support between seven and nine inches.

Interestingly, it would seem that if a company wants to build a tablet that has a display larger than seven inches, it's going to have a fairly low resolution.

The Windows 10 minimum hardware requirements are unlikely to get any major changes between now and the next feature update, which is codenamed Redstone 3 and slated for later this year. It's also not clear when Microsoft will see fit to publish those changes, as while today's changes came the day of the update, the Anniversary Update requirements were posted three and a half months ahead of time.