The European Space Agency's Herschel space observatory and Planck space telescope have successfully completed their tests in Europe, and will be flown to the space port in Kourou, French Guiana this week, ready for their launch in April.

Named after 18th Century astronomer William Herschel, the Herschel space observatory will be the biggest telescope mirror in space and capable of viewing wavelength radiation in the far-infrared and sub-millimetre range. In comparison, the Hubble telescope is only capable of viewing light that is visible to the human eye. The Planck space telescope is going to be looking for even longer radiation - microwave radiation. 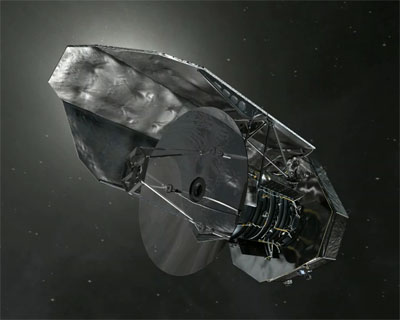 With Herschel capable of seeing longer wavelength radiation, it will be able to see past the dust that Hubble can't, and will be able to see really cold (-268C to -223C) areas of the Universe, such as the birthing clouds of new stars or icy comets. However, this means that the observatory itself has to be colder. Herschel will has more than 2,000 litres of liquid helium onboard, that will be used to take it's detectors down to just a fraction of a degree above absolute zero.

Perhaps the biggest risk is that they will be launched on the same Ariane 5 rocket for logistical reasons. Both telescopes share the same service module and both will be operating at Lagrange Point 2 - a point in space where the telescopes can stay fixed in the same location relative to both the Earth and the Sun. 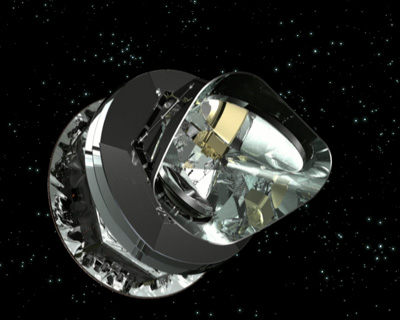 Speaking to BBC News, the European Space Agency's head of science projects, Jacques Louet, said it was a good but risky strategy. Herschel and Planck have a combined value of approximately 1.7 billion Euros and if the rocket fails to launch correctly, both missions will be lost.