One of the biggest announces this year at CES2010 was the introduction of many new 3D HDTV sets.  Six of the largest television makers including Panasonic, Sony, Samsung, Mitsubishi, Vizio and LG have all announced new 3D HDTV sets that should debut throughout 2010.

Zpryme, a research-based advisory firm, collected information based on buzz words over the last month about 3D HDTV, Avatar [3D] and CES2010.

"HDTV never had a “killer app” and has consequently taken a decade to gain any real traction—and even then, it’s been largely a result of rapidly falling prices and last year’s switch to digital. Avatar, however, has clearly presented consumers—and the industry at large—with a compelling case for going 3D."
– Alex Perilla-Gayle, Zpryme Director of Consumer Insights

Avatar [3D] was one of the most successful movies of all time, breaking box office records with over $1 billion in sales in 17 days.  Consumers seem to really take to the 3D adventure, a very strong selling point for businesses in 2010 to push their 3D HDTVs and compatible media products. 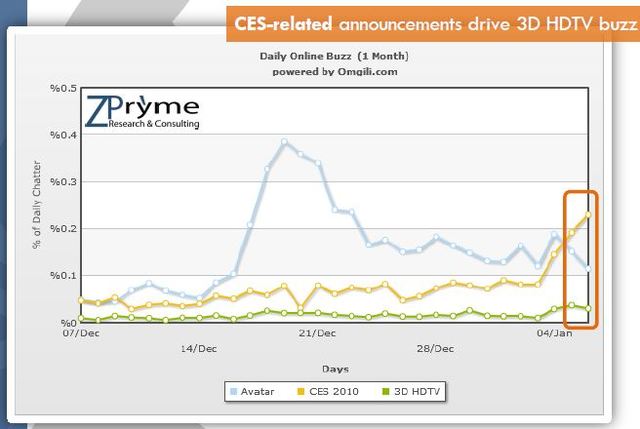 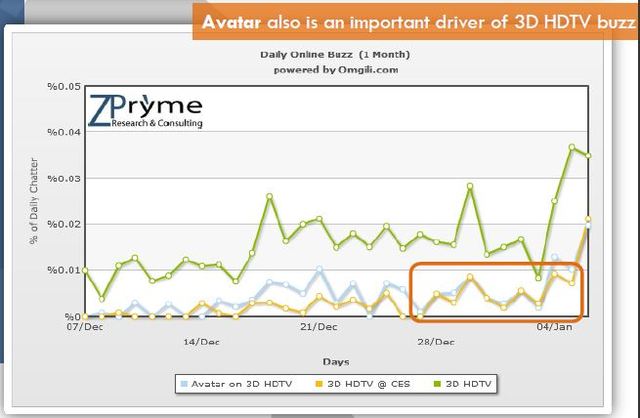