I first took a brief look at the HP EliteBook Folio 1020 G1 back in April, and since then I've been using it pretty extensively, including a cross-country vacation. Did the Ultrabook live up to its expectations, and if you're in the market for a new machine, should the 1020 be on your short list?

In short, yes. It was able to meet all of my needs and never got in the way of the work I needed to do. However it's not the perfect laptop, so let's dig into the details and see how it compares to other machines, such as sexy Dell XPS 13.

The HP EliteBook Folio 1020 comes in a range of configurations. Prices start at $1,249 and peak at $1,649, and can be pre-installed with either Windows 7 or Windows 8, although we're looking forward to trying it out with Windows 10 once it's officially released as well. 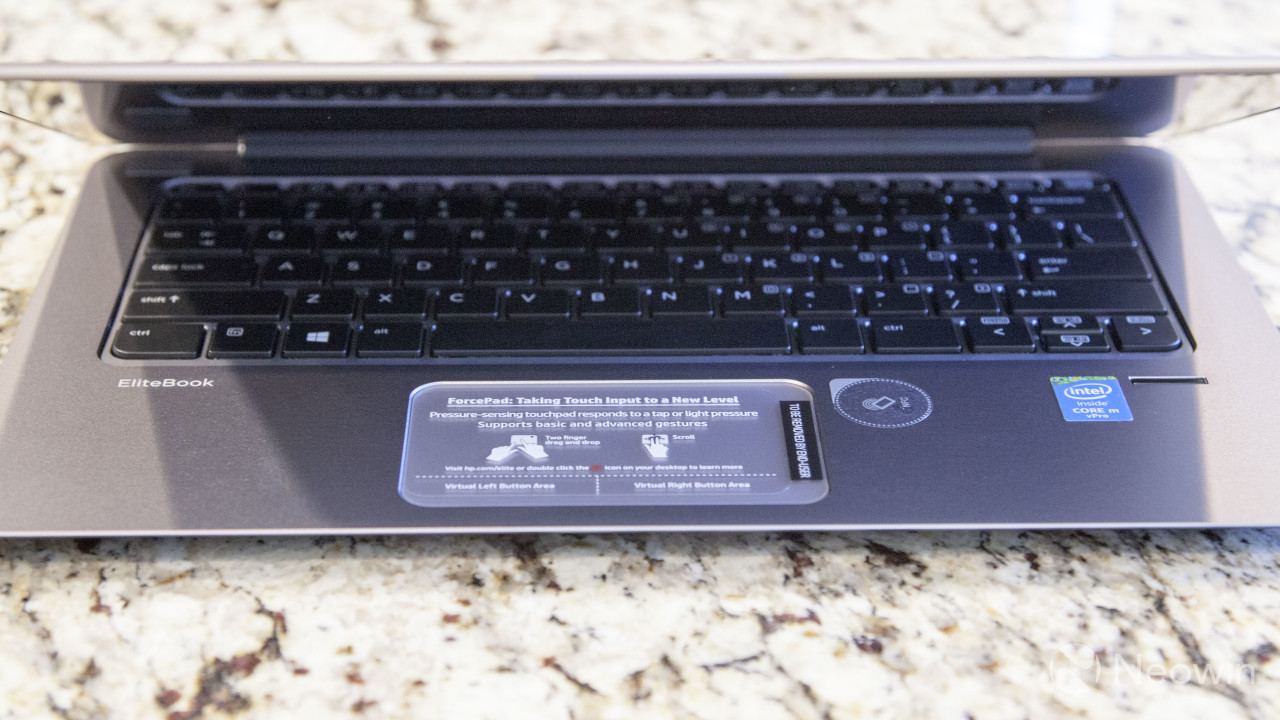 The 1020 is extremely thin and light, making it extremely portable. Weighing in at 2.7 pounds (1.2kg) and with a thickness of only 0.62 inches (15.7mm), the device is roughly on par with the Dell XPS 13: It's 0.06 inches thinner, but 0.3 pounds heavier, specs that you'd be hard pressed to actually notice in the real world.

The display on our review unit came equipped with a 12.5" tocuhscreen running a resolution of 2560x1440. The bezel around the screen is much thicker than the XPS 13, but it's on par with most other laptops in this class. While the display didn't "wow" me, it has good viewing angles and is overall a quality screen. 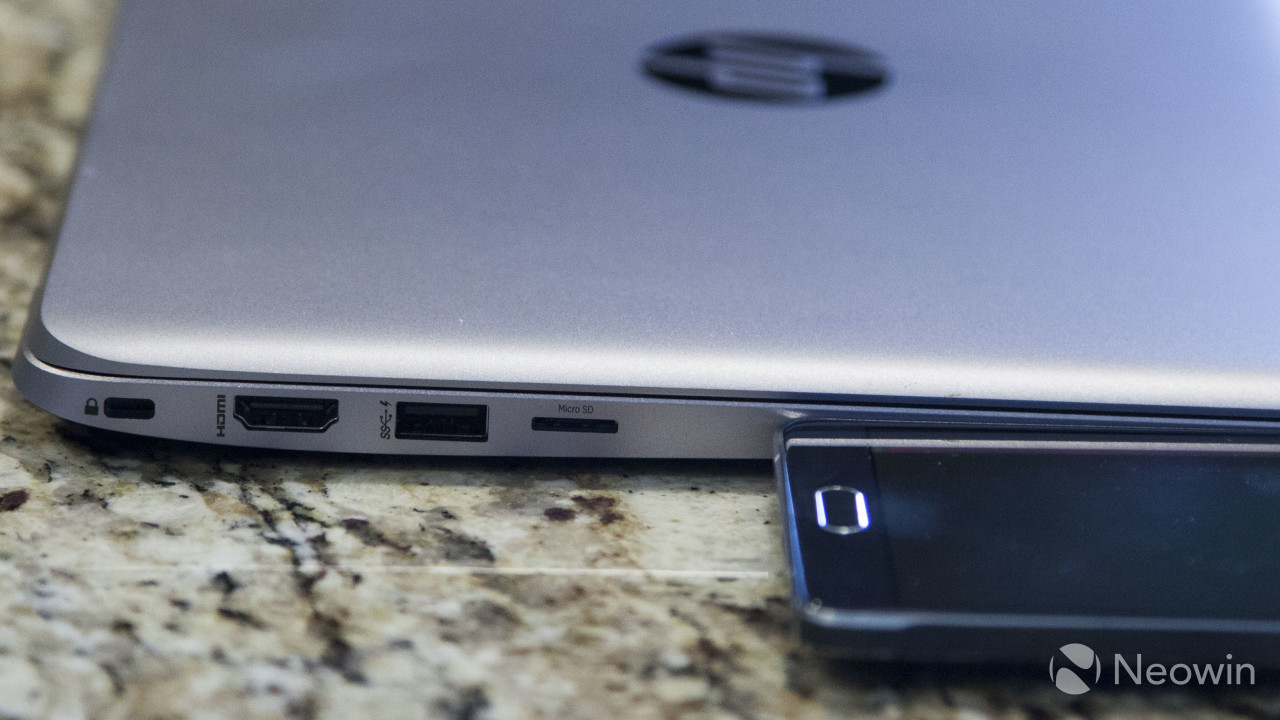 Overall, the design of the HP EliteBook Folio 1020 looks good, if not spectacular. It's made entirely of aluminum and feels sturdy. The bottom of the laptop is some sort of rubber material that helps make the device less slippery when holding it in your hands. It attracts finger prints, but since nobody looks at the bottom of the machine very often, this probably isn't a real concern. 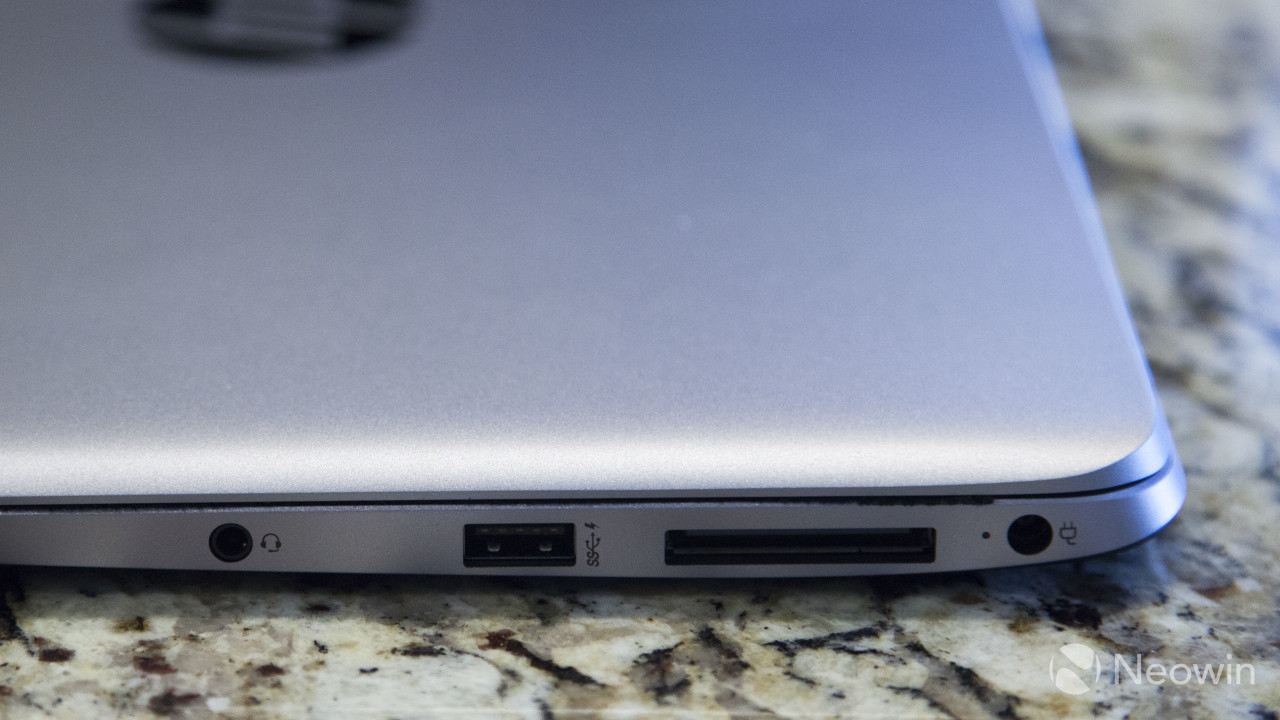 The most interesting piece of design on the 1020 is the fact that it's completely fanless, making the laptop completely silent. As noted in the original "first impressions" article, there aren't even any vents on the laptop, instead using the aluminum frame as a sort of heatsink. When using the EliteBook 1020, the palm rest to the right of the ForcePad was warm, as was the aluminum to the right of the backspace key. It was never uncomfortable, but it was definitely noticeable.

Overall, the design of the 1020 is functional, but you won't turn any heads while using it.

The HP EliteBook Folio 1020 G1 comes preinstalled with either Windows 7 or Windows 8.1, and includes a free upgrade to Windows 10. There's little reason to run Windows 7 on this laptop, and even less reason if you use the touchscreen.

Ubuntu is also supported, but based on forum posts on HP's website, multitouch on the ForcePad isn't fully supported.

The keyboard is a standard Ultrabook style. While nowhere near as responsive as a mechanical keyboard, it still performs well enough for typical day-to-day work. The keys themselves are backlit as well. 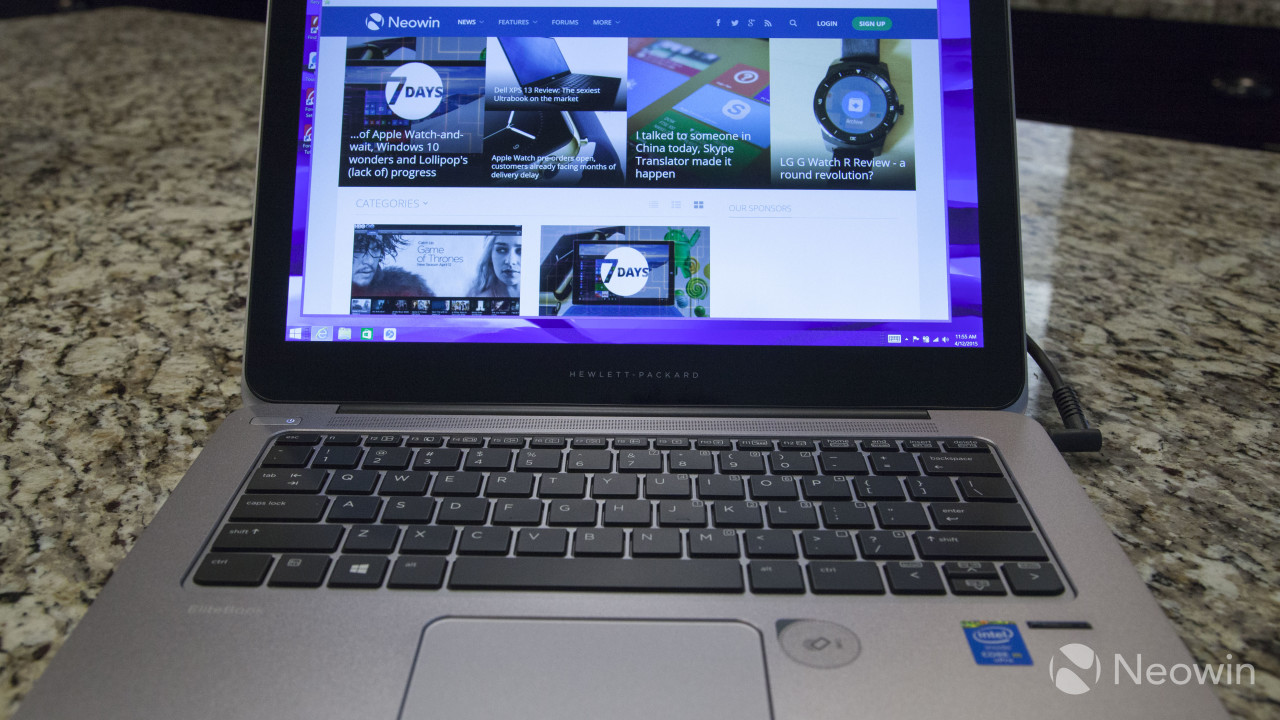 As stated before, the 1020 comes with an HP ForcePad as its mouse input device. Controlling the mouse is as easy as sliding your fingers across the surface, and clicking is easy and responsive. The device also supports multitouch, so you can easily scroll through documents by sliding two fingers across the pad, or zoom in and out of text or images by pinching.

The one negative to the ForcePad, and it's a personal preference, is that there's no physical feedback when clicking because it's not a mechanical switch. The device does a good job of picking up your right and left clicks, depending on which side you perform the action on, but I found myself wanting the tactile response to the action. To help compensate, the drivers give a physical click sound through the speakers, but I found that to be more annoying than helpful. Luckily, this can be disabled.

The ForcePad drivers also allow you to simulate Windows 8 features like bringing up the Charm bar or swapping between the desktop and the start menu applications by swiping in from the left or right of the device. 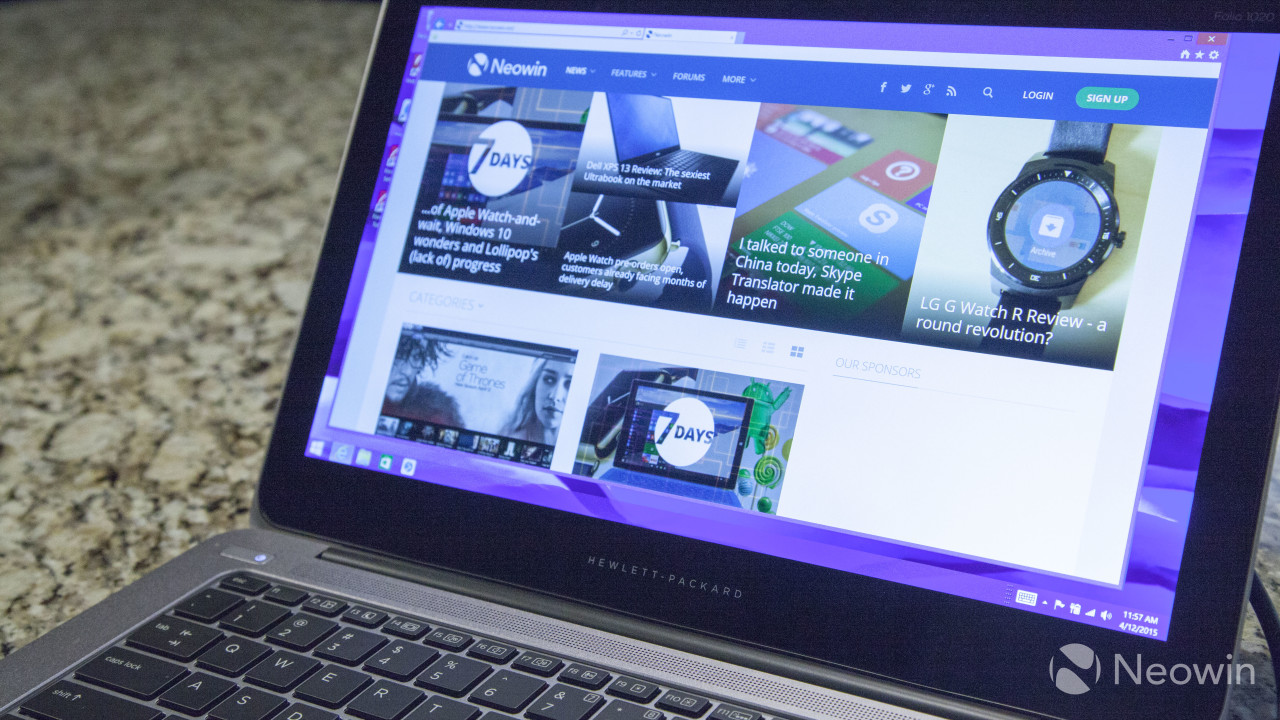 Some people have reservations about using a touchscreen on a laptop, but if the Surface Pro has proved anything, it's that the touchscreen can be a great addition to a computer. While you won't use it for everything, the ability to reach up and click a button or swipe through a website is definitely easier than using a mouse. Response to touch is always immediate without any noticable lag, and all of the normal gestures work fine.

Typical battery benchmarks are hard to run because, like EPA tests that predict your car's fuel efficiency, the results will depend entirely on how each individual uses their computer.

HP claims that battery life lasts "up to 9 hours," but in my tests, I rarely saw it last above six hours during normal day-to-day use, and less when running graphically intensive programs. It's definitely acceptable but, like the design, won't do anything to wow you.

Unlike the Dell XPS 13, it doesn't appear that HP offers a portable battery charger for road warriors.

The pair of stereo speakers in the EliteBook 1020 G1 are uninspiring to say the least, but are still roughly on par with most other laptops on the market. Located right above the function-key row on the keyboard, your hands will never block the audio during regular use, which is a definitely a plus when compared to other machines like the XPS 13. There is no bass to speak of. 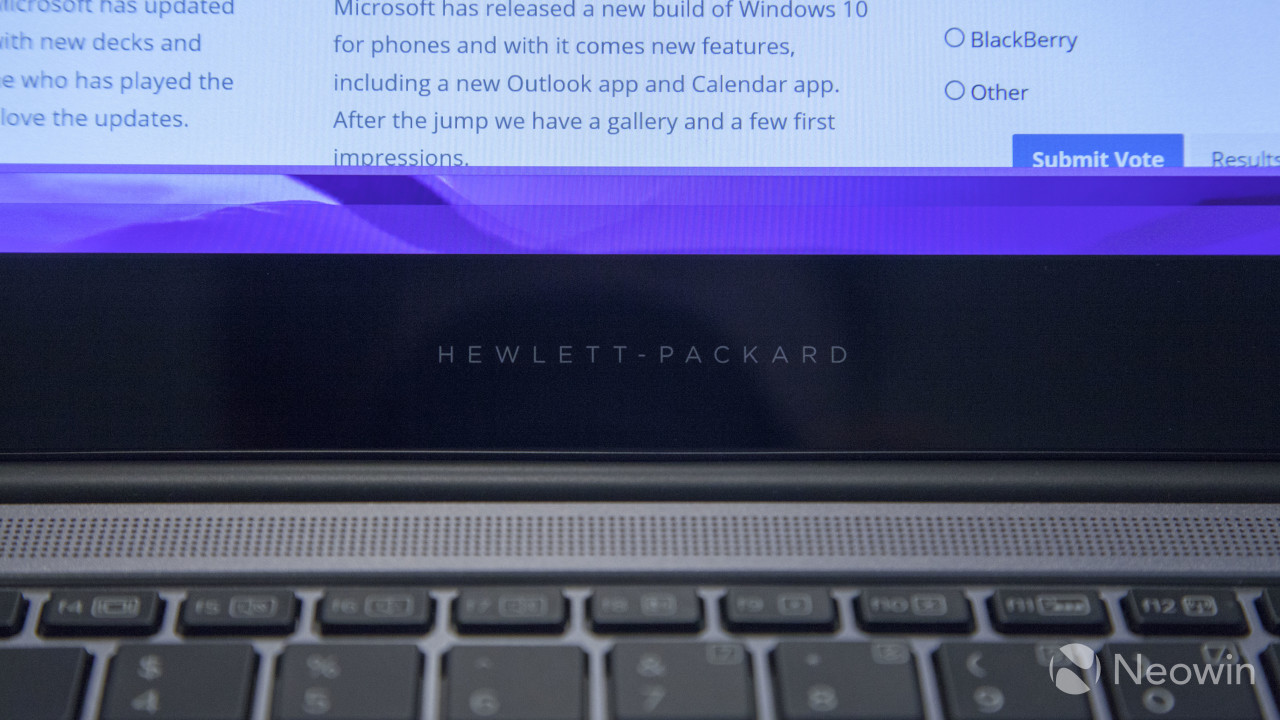 Unfortunately, I did find that the high notes were a little shrill and tiring on the ears. Listening to the beginning piano portion of Pain of Salvation's Ashes on YouTube through the device's speakers made the song very difficult to listen to. Headphones will be your friend with this laptop.

From a general use perspective, the HP EliteBook Folio 1020 feels just as snappy and responsive as any other laptop. Like all Ultrabooks, it's clearly not made to be a gaming machine, but for general day-to-day use, including tools like Photoshop, the performance is good.

For those who like looking at raw numbers, I ran the machine through both the 3dMark and the PCMark benchmarks to see how it stacks up against the Dell XPS 13 and the older, larger, HP EliteBook Folio 1040.

In 3dMark, the results were mixed compared to its big brother. While the 1020 trounced the 1040 in Ice Storm, the older 1040 was better in both Cloud Gate and Firestrike. The Dell XPS 13 that I reviewed earlier this year beat out the EliteBook 1020 in all three tests, and only slightly trailed the EliteBook 1040 in Cloud Gate. 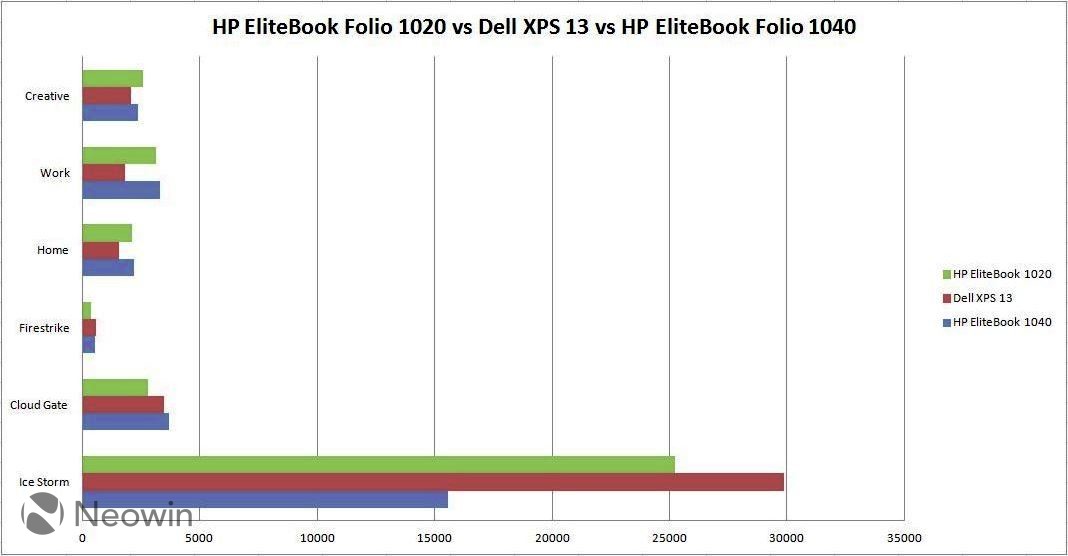 Let's face it though, nobody's buying an Ultrabook for gaming performance; these devices are aimed squarely at the productivity crowd with occasional light gaming on the side. In that regard, the EliteBook Folio 1020 does well, besting the Dell XPS 13 in all three of the tests: Creative, Work, and Home. The results aren't dominant by any stretch, but in the Work Accelerated test, the 1020 beats the XPS 13 by a score of 3,155 to 1,808, although it still trails the larger EliteBook Folio 1040.

The webcam sports 720p resolution, which is great for using Skype. With the 2560x1440 screen resolution, images turn out really small on the display, but since it's not meant to replace a real camera, it works well.

The EliteBook 1020 also has built-in Near-Field Communication (NFC), but like with the EliteBook 1040 I reviewed, I was unable to get it to work properly. When placing my Galaxy Note 4 on the NFC sensor, the phone's display turned off, but I could never get Windows to accept a transfer. What's the point of NFC if you can't use it to quickly and easily transfer files? 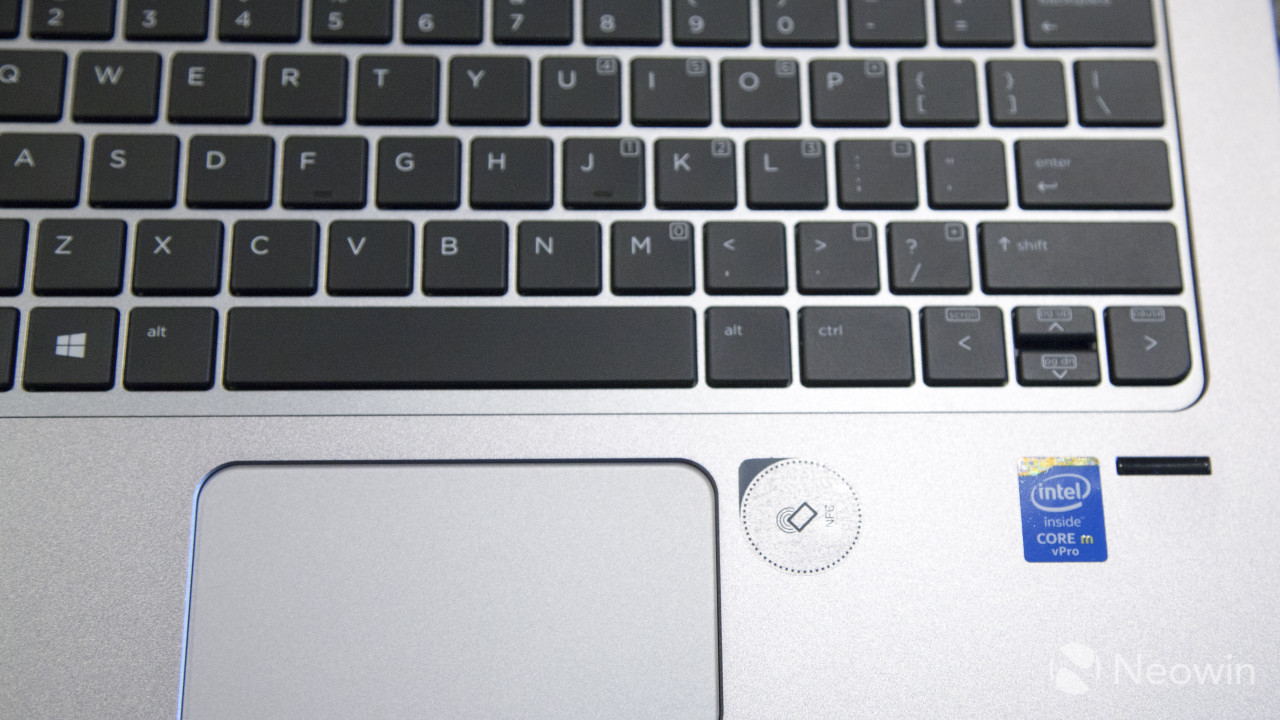 The laptop also has a fingerprint reader, and this time I was able to easily configure it unlike with the EliteBook 1040. Simply typing "fingerprint" in the Windows search menu brought up two links: One to setup your fingerprint, and one to turn on the feature. With it configured, simply swiping your finger across the sensor automatically unlocks the PC for instant use, and is a convenient feature that I found myself missing on my other devices.

The best feature of the EliteBook Folio 1020 is that it's completely silent due to the fact that it has no fans. What that means is that the laptop doesn't have a single moving part in it which greatly reduces the chance of something breaking. It's also nice to not have to hear the whirring fan when heat levels in the device get high.

The EliteBook Folio 1020 G1 is a solid, if unspectacular, device. It's thin and light, and the screen is nice to use for long periods of time. The drivers seem to have progressed since last year's review of the EliteBook Folio 1040 G1, so the ForcePad and fingerprint reader both work well, the latter being a nice addition compared to typical machines. 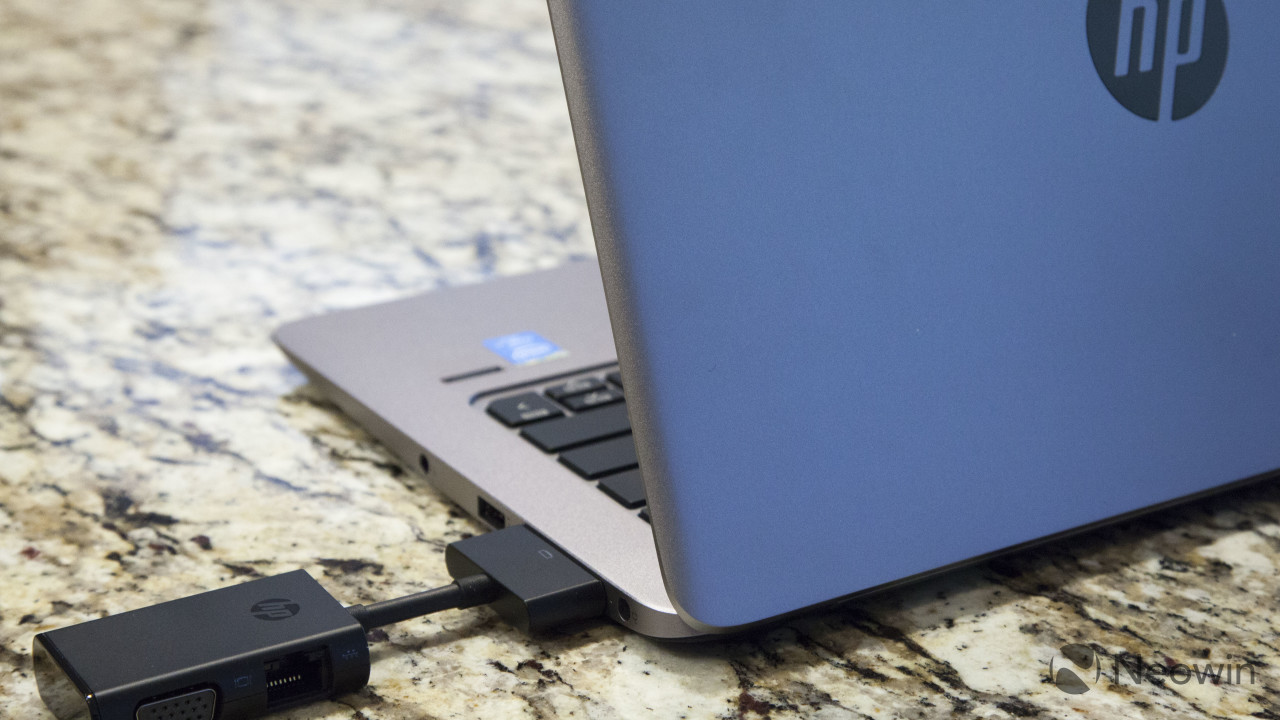 If you're looking for something with an immediate "wow factor," then the EliteBook 1020 isn't the machine for you. It looks very similar to other machines in its class with the aluminum design. That's not necessarily a bad thing, but is at least something to think about.

So should you consider the HP EliteBook Folio 1020 G1 for your next laptop purchase? I can definitely recommend that it should be on your short list. The form factor is nice, and when comparing productivity performance, the EliteBook 1020 is better than the Dell XPS 13. On the other hand, Dell's offering is also top-notch and adds in the wow-factor of the Infinity Display for a similar price. I would recommend reading both reviews to help guide your decision, because you can't go wrong with either machine.