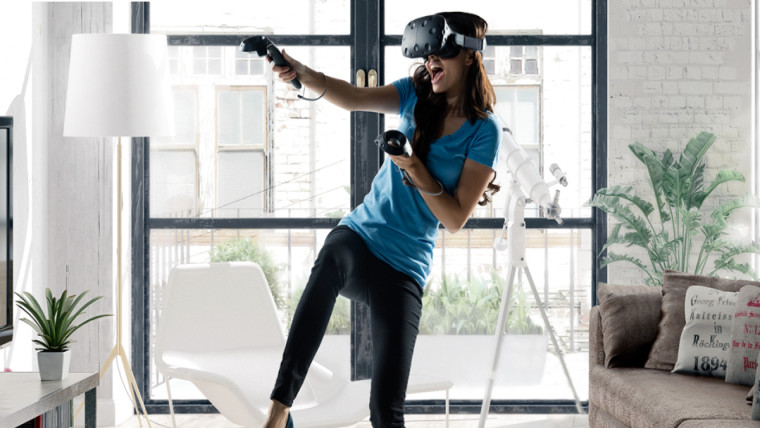 The HTC Vive is one of the better VR headsets on the market right now for video games, but HTC plans to do better, if a pre-CES tease is any indication.

A tweet from the official account offers a nice play on words that hints that a visual upgrade may be in the works:

The nebulous tease suggests a new headset that will give the current model's two 1080x1200 resolution eye panels a boost, as rumors have been circulating that 4K resolution was in the works. While the tease suggests a visual upgrade, the new headset could get other modifications as well, including the possibility of new "Knuckles" controllers.

It is also possible that this could be related to the Vive Focus, a wireless unit revealed back in November, and powered by Qualcomm's Snapdragon 835. The headset sported a 3K 2880x1600 single-piece AMOLED display and internal tracking. The unit was released in China last month, so we could be getting some Focus technology in the Vive, and maybe even a Western release date.

Price could also come into play, with the current Vive selling at $599, a $200 drop from when it first launched. A newer version could mean a price cut for the older model, with the new one taking over the original price. Of course, HTC could surprise everyone and lower the top-end price as well, given that its main competition, the Oculus Rift, is currently at a base price of $399.

The tease points to January 8 as the date when we'll get more info at a press conference to be held by the company﻿. CES doesn't officially start until January 9, but the prior day is devoted to media events and several conference sessions related to VR.

Speculation is fun, but all will be revealed next week.

Update: Clarified﻿ that HTC will, in fact, have a press conference that will be held on January 8th.﻿