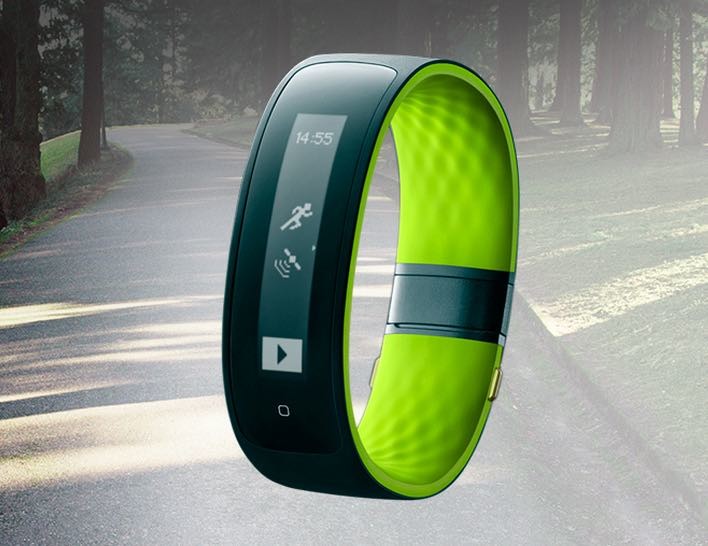 Today, Mobile World Congress has officially begun and HTC is one of the first to unveil its upcoming products for 2015. Although it announced its expected flagship device for the coming year, the M9, it also surprisingly announced a VR headset and a new fitness band dubbed HTC Grip.

The HTC Grip is familiar in styling and looks like a combination of the Microsoft Band and Nike FuelBand. Similar to other fitness bands, the HTC Grip will allow you to track your workouts, sleep, and also connect to social networks. Since the device has integrated GPS, you will be able to ditch your phone and track your workouts for up to five hours. The Grip also has a IP57 rating, meaning you will be able to use the fitness band underwater, at a depth of up to 1 meter for up to 30 minutes.

Naturally, the device can connect to your mobile device and keep you in the loop when working out by receiving texts and calls. The device will be powered by the Under Armour Record app and will be available for iOS and Android. There is no mention of Windows Phone support at the moment. The HTC Grip will be available in the Spring of 2015; there has been no mention of price as of yet.