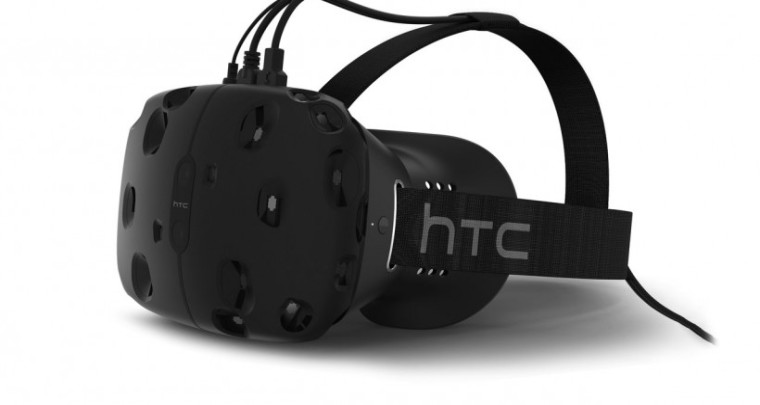 Considering how jam-packed and busy the Mobile World Congress will be this year, some companies have chosen to hold press conferences ahead of it. HTC today has made several new announcements, and one of them will definitely please Steam fans out there.

Just last week we got word that Valve is working on a project dubbed "SteamVR" for GDC 2015. Well now it's official: HTC has just announced HTC Vive, a Steam-centric virtual reality headset developed in collaboration with Valve.

HTC's Jeff Gattis offered a few details about the new device on stage, such as 90Hz refresh rate, 360-degree views, premium audio, fitting into a relatively lightweight package. The company claims that it is the first device that will offer a "full room-scale" experience, "letting you get up, walk around and explore your virtual space, inspect objects from every angle and truly interact with your surroundings".

HTC Vive will come with a pair of wireless controllers, for moving or grabbing objects, or shooting weapons using hand movement tracking. But the new controllers are not just about gaming, as they're "designed to be so versatile that they will work with a wide range of VR experiences," for which HTC is partnering with companies such as HBO, Lionsgate, and Google.

The HTC Vive will become available to consumers later this year, and a developer edition will be coming out sometime this spring. HTC will be present at GDC 2015, where developers will likely be able to play with Valve's VR technology.