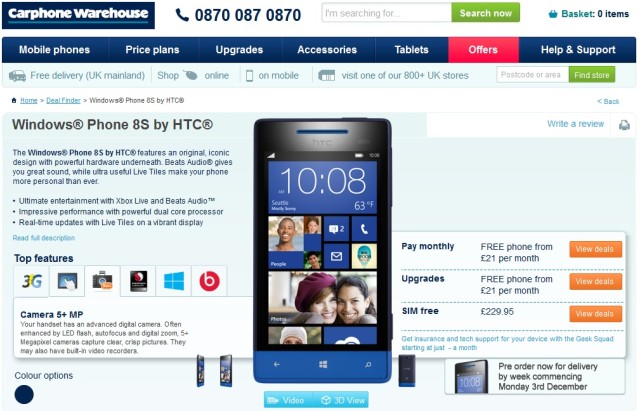 After we reported that the HTC Windows Phone 8S looked like it was finally getting ready to strut its colourful stuff in the stores, the blue version of the device has now been made available for pre-order in the UK. 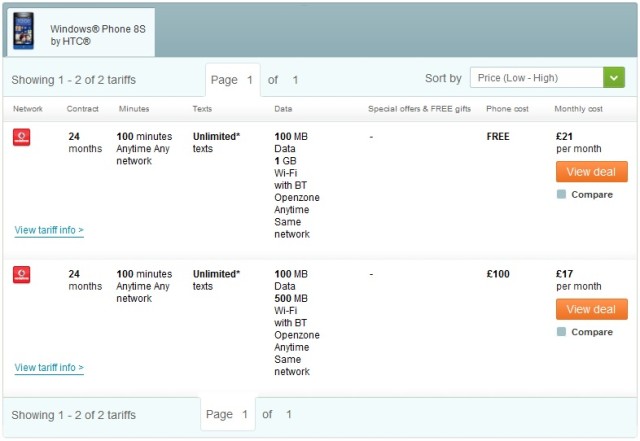 The Carphone Warehouse’s website is listing the device as being available for pre-order now, with delivery starting on December 3rd. The handset is only available on Vodafone at the moment, with two 24 month contracts available. You get the phone free if you take a £21 per month deal or have to pay £100 for the handset on a £17 per month deal. SIM-free, the handset will set you back a modest £229.95.

O2, Orange and Three plans to offer the handset as well, but those carriers are not taking pre-orders on the device yet.

While not the most powerful Windows Phone 8 handset, the very wallet friendly price and striking aesthetics might help those unsure about the move to the Windows Phone 8 OS make their minds up. Plus you get all the same features of the OS in this phone as you would any other handset, including Xbox Live and Microsoft Office.

You can compare the first generation of Windows Phone 8 handsets available in our handy guide here!