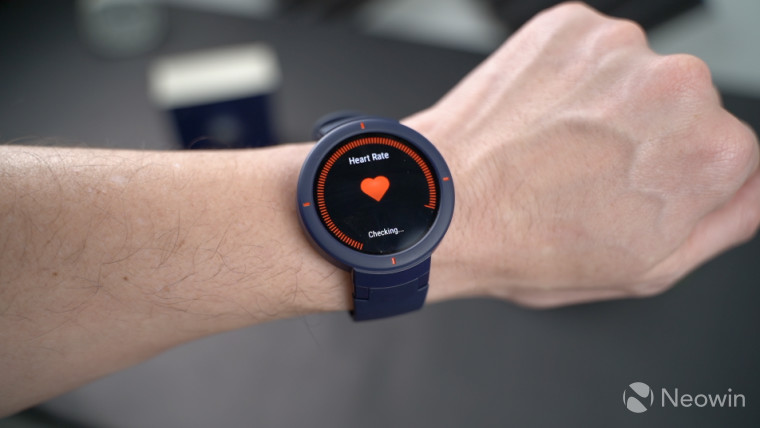 There are tons of fitness wearables available on the market today, so it really isn't choice, it's more about what you want and how much you want to pay for it. Huami isn't a well-known brand in the United States but the company has been releasing wearables for a few years now and has backing from Xiaomi, which is one of the largest smartphone companies in the world.

The Verge isn't the latest wearable from the company but it is one of its more pricier options, coming in at $169. The model is quite different from its other offerings, as it makes use of an AMOLED display, instead of the more traditional always-on color touch display. The display looks good in most scenarios and although it isn't the brightest, it can still be seen clearly outdoors. The touch display is sensitive enough and makes navigating the menus a breeze.

Perhaps the most surprising is that the watch still offers plenty of battery life, with the firm stating up to five days. During my short use, this number seems to be accurate, as I was able to secure five days and sometimes a little more. Naturally, the battery life will depend on your use.

As far as overall comfort goes, the unit feels good on the skin thanks to the supple wrist strap and light weight of the watch itself. While is a bit thick, I never had issues with it getting in the way of daily tasks or putting on clothing. If there are any complaints about the hardware, it would be the sensor that has trouble reading heart rates.

When it comes to software, this is where things feel a bit lacking. The watch interface is quite simple, which is good, but those looking for a little bit more or room for expansion will be disappointed. You cannot download new apps to the watch and you can't even update the watch faces. As for the Amazfit app for Android and iOS, it does offer a more detailed break down of your fitness tracking, heart rate, and sleep monitoring, but you are limited to the app itself, with no way of integrating the data to other ecosystems like Google Fit or Apple Health. Again, for a basic user, this will be a great starting point, but those looking for more will be disappointed.

For the most part, this is a handy fitness wearable for someone using it casually and while it has some good and also some bad parts, overall, it is an acceptable entry by Huami.