Huawei's phones are known for their impressive cameras, and the company's Mate 20 Pro is considered to be among the top smartphone shooters in the world. It's no surprise, then, that the company is planning on pushing the envelope again with its P30 series, which rumours suggest will include 10x zoom.

Unfortunately, the company was caught in a bit of hot water - and not for the first time, either - for falsely advertising stock images showcasing the incredible zooming capability of a DSLR as representative of what users can expect from its upcoming flagship. In an attempt to course correct, the company quickly clarified that the images posted on its social media were only teasers, and referred to them as 'artistic renditions' of the phone's capabilities.

The company has now shared some samples of what users can realistically expect from the P30 and P30 Pro. While the samples are obviously less impressive than the aforementioned teasers, they are nonetheless quite the testament to the phone's zooming prowess. 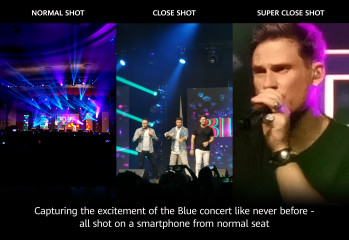 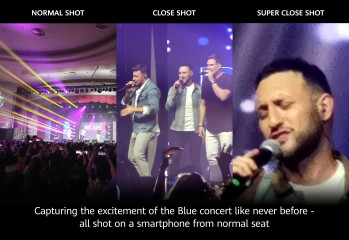 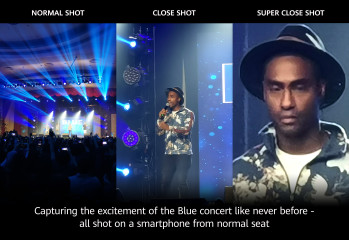 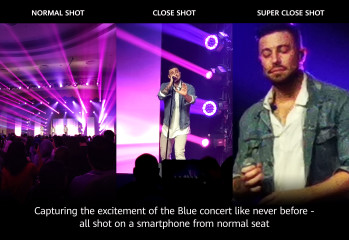 The batch of images shows off a recent concert by British boyband Blue in Kuala Lumpur. The images do a spectacular job of showing close-ups of the singers, despite being taken from near the back of the hall. The close-up shots from the batch show a fair bit of zoom without any obvious loss in detail. Of course, 'super close shots' are the ones which give away the phone's limitations. While it enables the phone to focus on each individual singer, the images are clearly quite grainy and not at all like the 'artistic renditions' shared by the company earlier.

All in all, the images do a good job of representing the P30's camera. It's a pity, then, that the company chose to not be honest from the start, and resorted to a tactic it's been criticised for more than once already.

Interestingly, Huawei's press release also teased that the P30 series will feature the first quad-camera setup from the company, a surprising claim given that live shots of the P30 Pro show only three sensors on the phone's back. The fourth sensor could very well be a time-of-flight camera, as some reports have suggested. We'll likely find out more when the phone is finally released, on March 26.