Nvidia-exclusive AIB partner Inno3D has announced the first custom RTX 3060 series of GPUs starting at just $329. There have been murmurs of the cards in the past, with Twitter user HXL even spotting mentions of the alleged RTX 3060 12GB and RTX 3080 Ti 20GB versions last month. Nvidia today officially announced the RTX 3060 as part of its CES keynote.

A trio of cards has been launched by the partner which consists of one three-fan model and a couple of two-fan variants. The top-tier model with triple 90mm fans is the Inno3D GeForce RTX 3060 iChill X3 RED. The "RED" in the name denotes the red LED color on the card and the "X3" presumably indicates the triple fan design. The offering also houses six copper heat pipes with a total length of 1371mm for optimal heat dissipation. 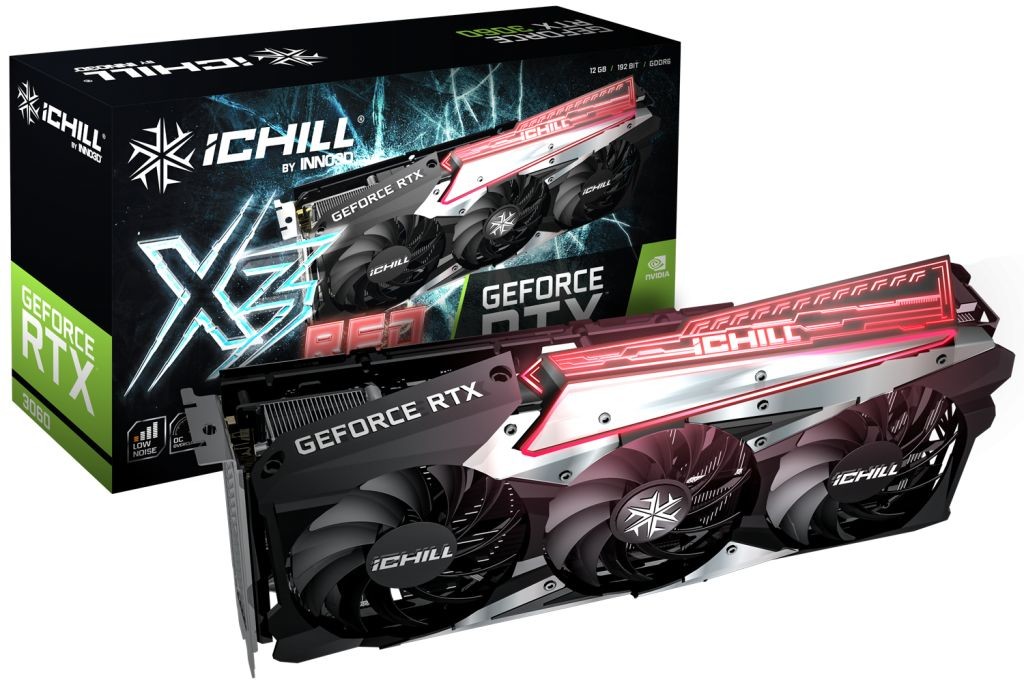 Next up is the Inno3D Twin X2 lineup consisting of the GeForce RTX 3060 Twin X2 and Twin X2 OC variants. As expected, this is a slightly dialed down version with fewer copper heat pipes - at just four -, and two 90mm fans instead of the three on the flagship iChill model. 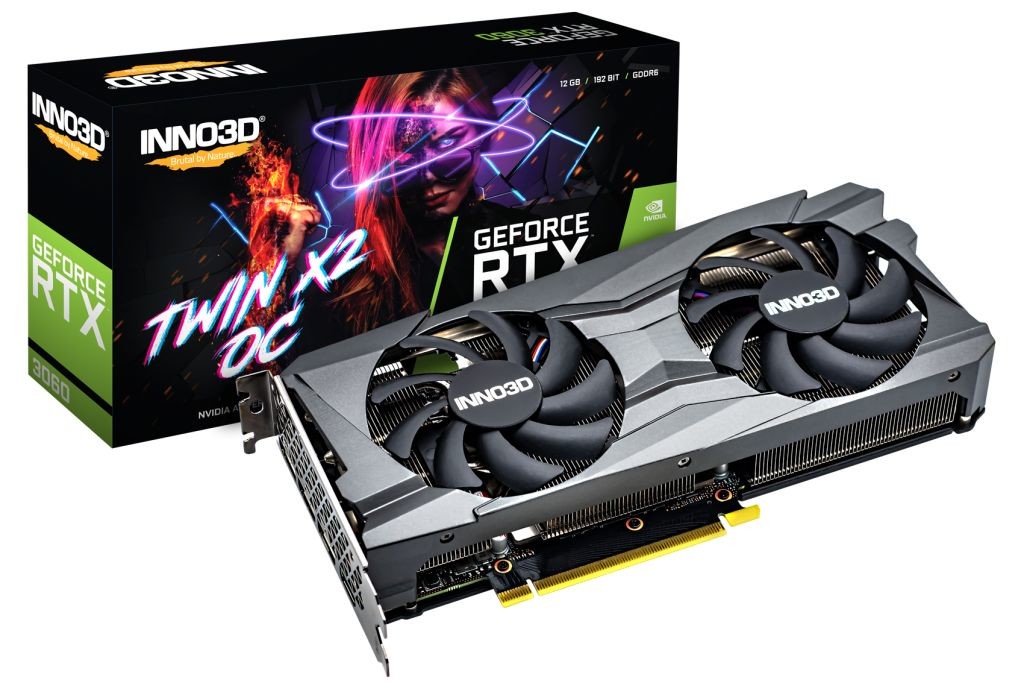 When it comes to pricing, although not stated individually, it's probably safe to assume the entry-level Twin X2 RTX 3060 is the one priced at $329, and the subsequent higher models likely being the more expensive ones. The firm also did not mention the exact specifications of its offerings.