You'd be forgiven for missing it, but Vista turned a year old last month. November 30, 2006, marked the official launch of Vista to the business community: the first part of an odd two-stage liftoff which was followed two months later, on January 30 2007, by the mainstream consumer launch at which Vista became available to one and all.

(Unfortunately for Microsoft, the number of people who bought Vista was much closer to 'one' than 'all'. The majority of 'sales' of Vista have been from Microsoft to its OEM partners for pre-loading on new systems, and even then several companies chose to offer buyers a choice between XP and Vista rather than foist the shiny new OS onto the public. Just because they bought a new PC didn't mean they wanted to ditch their familiar old OS, especially when they had all the drivers and software and everything worked pretty well on the whole, thanks all the same.)

So now the clock is ticking on Windows 7.0, the successor to Vista (which was officially Windows 6.0, following Microsoft's lead of counting iterations of the NT-based kernel rather than actual client editions). 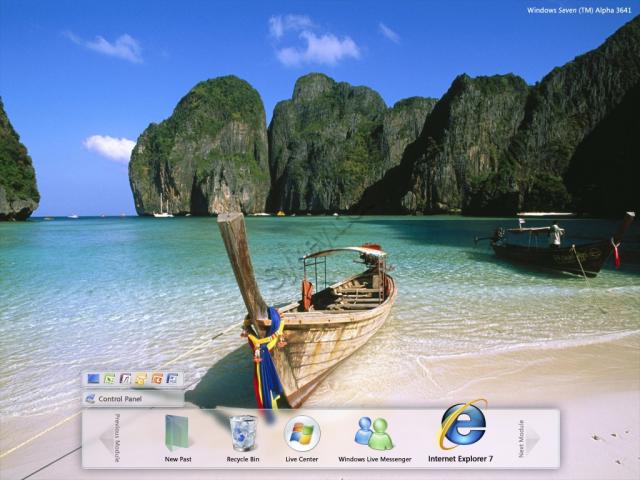 is this Windows 7: this screenshot, floating around on online forums, purports to be from an alpha of Windows 7. Probably fake, but interesting nonetheless.