Tech companies have been actively combating racism recently. In July 2017, an Airbnb host was ordered to pay $5,000 for canceling a reservation using a racist comment. A few months ago, YouTube's top celebrity, PewDiePie, was severely penalized for using the n-word during a livestream.

Now, Instagram and Snapchat have temporarily disabled integration with Giphy due to a "racist GIF".

According to TechCrunch, the GIF in question pops up when a user types "crime". The offensive content in it includes a monkey cranking a machine which says "N***** Crime Death Counter", with an announcer saying "Keep Cranking Bonzo, the Numbers Just Keep on Climbing!" You can view the image at the bottom yourself, but viewer discretion is advised. 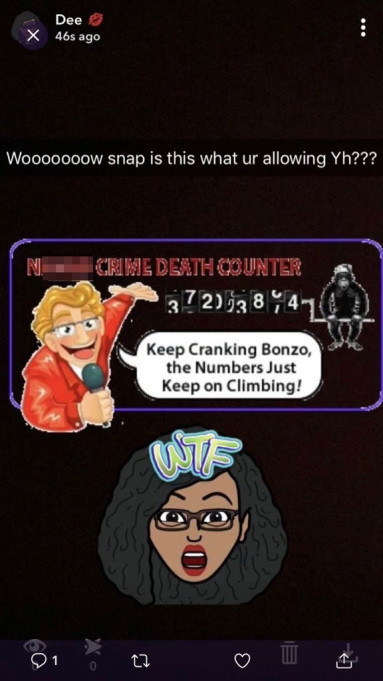 In response, both Instagram and Snapchat have pulled integration with Giphy. Snapchat further says that:

We have removed GIPHY from our application until we can be assured that this will never happen again.

It is important to note that although Giphy itself restricts users from posting offensive content, the service's algorithm works like a search engine which indexes GIFs according to how frequently they are used.

While the racist GIF has caused some internet backlash, it remains to be seen how and when Giphy will tackle this issue. Although Facebook Messenger and Twitter also support GIFs on their platform, they utilize the Tenor database, which means that they are safe from this particular controversy, for now, at least.