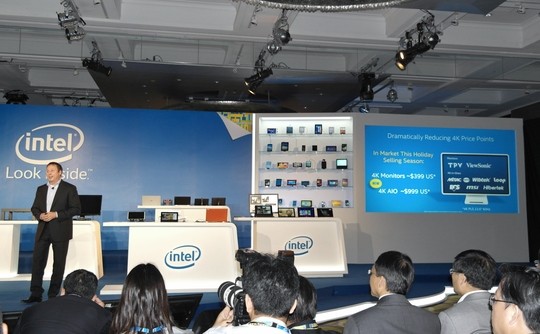 High resolution is all the rage these days. Smartphones and tablets seem to be cramming insane amounts of pixels into tiny spaces, but regular monitors have fallen behind due to high prices. Now Intel and Samsung are teaming up to fix this.

On stage at Computex, Intel announced it is partnering up with Samsung, and together they’ll slash the price of 4K monitors and make them widely available. Currently a 4K display can be a serious drag on your finances with prices in the range of $1000. 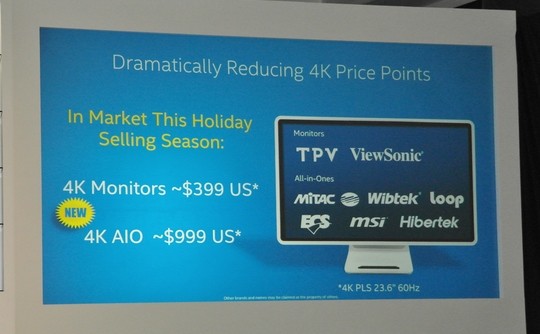 But through this new collaboration, the chip maker claims they’ll bring down prices to half of what these panels cost today. Working with Samsung’s display division, Intel says display manufacturers will soon be able to sell 4K displays for just $399. This opens up the door for future AIO PCs as well as laptops and convertibles which may feature UHD display in the near future.

And despite their low prices, Intel assures us that these displays won’t skimp when it comes to quality. They’ll supposedly have 60Hz refresh rates and 100% sRGB color gamut. Of course the true test will come once they hit markets.

The companies haven’t announced an actual timeframe, but we’re all hoping this partnership will start to bear fruit soon.

Source and Images: The Inquirer